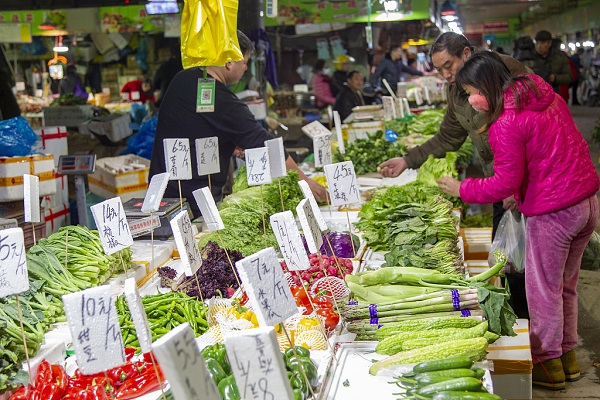 Food prices grew 9.1 percent year on year last month, up from 8.3 percent in June, while non-food prices gained 1.3 percent, 0.1 percentage points lower than that of June.

The CPI in urban and rural areas registered a year-on-year growth of 2.7 percent and 2.9 percent, respectively.

In the first seven months, consumer prices rose 2.3 percent from a year earlier on average, the bureau said.