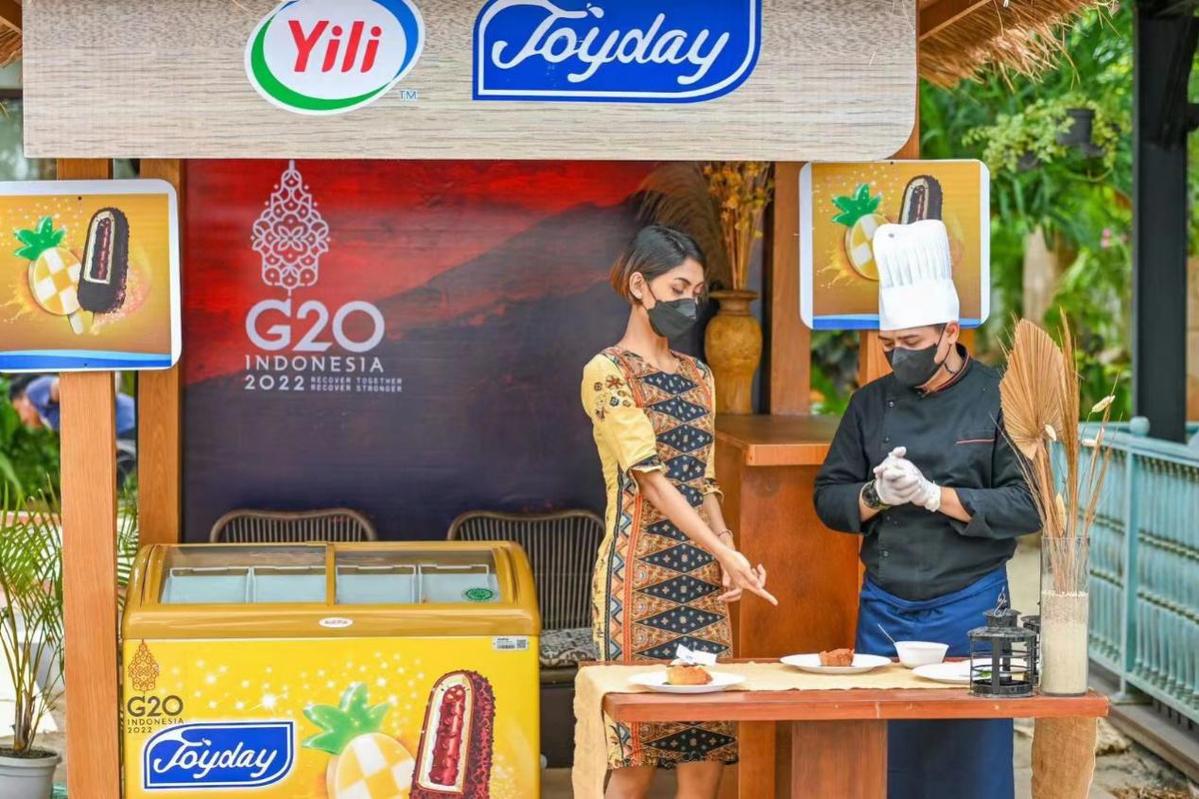 During the 2022 G20 Summit events in Indonesia, Yili Group serves as its dairy partner. [Photo provided to chinadaily.com.cn]

BEIJING - China's dairy production expanded in 2021, boosted by a steady recovery in demand, according to an industry report.

The proportion of large-scale breeding reached 70 percent, up 2.8 percentage points from a year ago.

The lion's share of the country's infant formula market was in the hands of domestic brands, with domestic manufacturers commanding 68 percent.

China's milk output maintained robust growth in the first half of the year, up 8.4 percent year-on-year, according to the report.