BEIJING, April 14 (Xinhua) -- China's major development and policy financial institutions have increased bond issuance to replenish their capital while they provide more loans to support the economy against the shock from the COVID-19 epidemic, latest data showed. 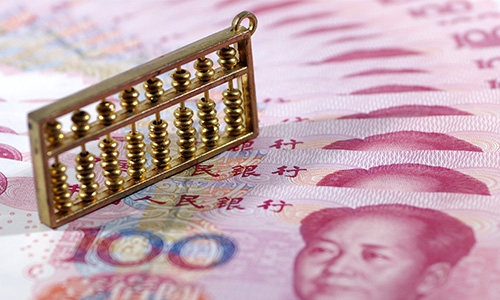 Among them, special bonds have been issued targeting fields related to epidemic containment and economic development, the newspaper said.

Zhang Jiqiang, an analyst with Huatai Securities, said by actively expanding the balance sheet is part of these banks' efforts in counter-cyclical adjustments.

The newspaper also said with the epidemic brought under control, the CDB and the other two policy banks would shift the focus of credit support from emergency response to production resumption and other fields such as the manufacturing sector and small and micro-enterprises.

Specifically, the CDB would support major infrastructure construction, social and public services and projects that facilitate a shift of growth drivers, while China Eximbank will assist the Belt and Road construction and foreign trade. The ADBC would focus on spring farming and grain security, it said.