BUSINESS China's digital currency is being tested, but not officially launched

China's digital currency is being tested, but not officially launched 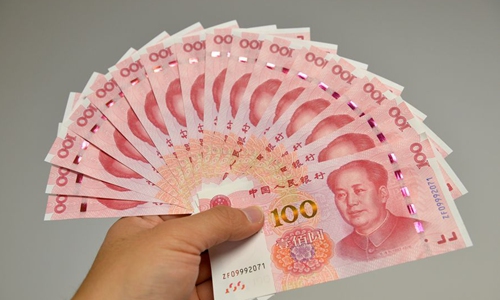 China's official digital currency is undergoing testing and has not been officially released, according to the central bank. Insiders said the trial run will be piloted within a small range of banks and end-users, and spread to a wider range with improved technology and system.

The Digital Currency Research Institute of the People's Bank of China (PBC), China's central bank, has said that the research and development work of China's official digital currency, dubbed as DC/EP, is proceeding steadily, and the internal pilot tests are carried out in four cities and will be carried out in scenarios of the 2022 Winter Olympics Games in Beijing.

The current internal test will not affect the operation of listed financial institutions, the issuance, and circulation system of yuan, as well as the financial market and social economy outside the test environment, according to the central bank.

The latest example is the Agricultural Bank of China, one of China's big four state-owned banks, which has tested the DC/EP in four cities in an app it launched last Wednesday.

"There will be two types of players in future trials, the banks and telecom companies. At present, the central bank is testing the software of DC/EP, and whether it will be combined with 5G and sim cards in the future needs to be discussed," Chen said, noting that in the future, there may be two forms of digital currency payments - one is to be applied in an application, and the other is to bind with the sim card.

Chen stressed that blockchain is used as a digital signature, and other functions have not been combined with the digital currency.

"In the future, blockchain technology will be more mature and will definitely be combined with digital currency to improve security," said Chen.

Meanwhile, the US saw 174.2 billion non-cash payments, worth $97 trillion in 2018, per US Federal Reserve Payments Study.

"The trial will test, on one hand, the security and stability of the bank's digital money payment system and on the other hand, user's habits. At present, the Chinese are used to using Alipay and WeChat Pay. Thus, data is still being collected on how users can learn new payment patterns and develop new payment habits," Chen added.

The PBC has been studying digital currency since 2014.