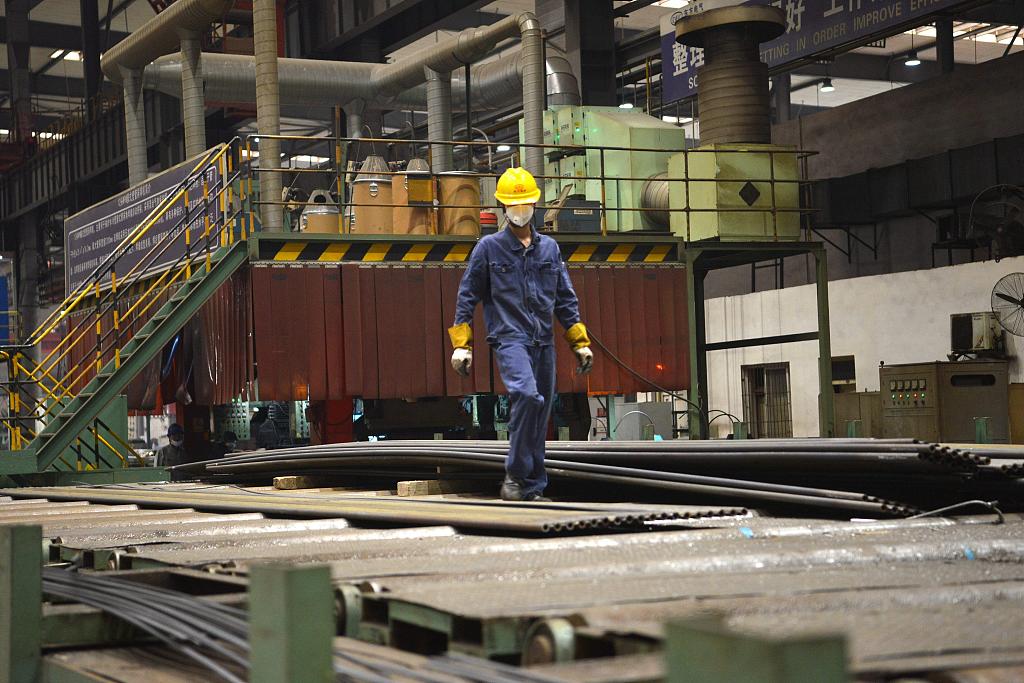 A worker is working in a factory in Deyang, Sichuan Province. (File photo: VCG)

Fixed-asset investment (FAI), a major growth driver, expanded 5.9 percent year-on-year in the first 11 months, picking up pace for the third straight month from the bottom in August and exceeding market expectations.

Retail sales of consumer goods posted a solid increase of 8.1 percent in November in part driven by robust online shopping.

The growth of value-added industrial output moderated to 5.4 percent last month from the 5.9-percent rise recorded in October.

Given the encouraging trend, "there is no doubt that China will fulfill this year's growth target of around 6.5-percent," Mao said, adding that the economy will have a sound foundation in 2019.

There will be sufficient favorable conditions for the economy in the next year, analysts said, citing the untapped potential of Chinese consumers.

With the enormous domestic market and the world's largest middle-income group, China still has room to improve its consumption, Mao said. "Pro-consumption policies rolled out this year, such as the higher personal income tax threshold, will help expand household spending."

Next year, the country will keep economic growth at a reasonable level, further stabilize employment, the financial market, foreign trade, foreign investment, domestic investment and expectations, according to a statement issued Thursday after a meeting of the Political Bureau of the Communist Party of China Central Committee.

Commenting on the statement, Lian Ping, chief economist of the Bank of Communications, said the country's economy would maintain a medium-high level of growth next year.

Lian expected the country to maintain the proactive fiscal policy and prudent monetary policy next year, and moderately raise its budget deficit ratio.

To stabilize growth, the country may focus on improving weak links in infrastructure next year, when the growth of infrastructure investment is expected to rebound significantly, Lian said.

Xu Hongcai, an economist at the China Center for International Economic Exchanges, said as the country vows to pursue progress while ensuring stability, efforts will be made to strike a balance between the two -- to push forward reforms while keeping economic growth within a reasonable range in 2019.