China's economic activity slows in August with consumption and factory production held up by COVID-19, floods 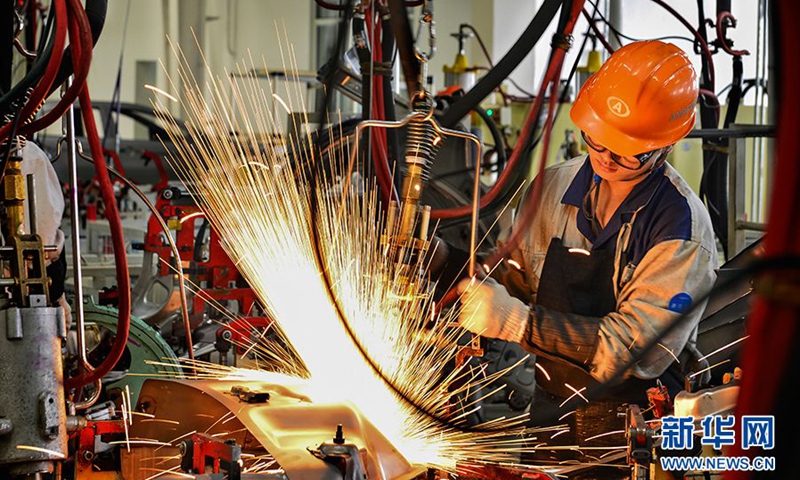 China's economy kept its recovery momentum in August, but the COVID-19 flare-ups in multiple cities and the summer floods impeded economic activity, requiring the recovery basis to be consolidated, the country's National Bureau of Statistics (NBS) said on Wednesday.

Retail sales, a key gauge of China's consumption, grew 2.5 percent in August year-on-year, diving from July's 8.5 percent growth, according to data released by the NBS on Wednesday.

Industrial output grew 5.3 percent in August from the same month a year ago, narrowing from a 6.4 percent increase in July.

Investments in fixed assets registered at 34.69 trillion yuan ($5.38 trillion), up 8.9 percent compared with last year but down 0.3 percentage points compared with the growth in the first seven months.

Due to the impacts of the grim and complicated international environment, COVID-19 flare-ups and floods, the year-on-year growth of main economic data in August dropped, Fu Linghui, spokesperson of NBS told the press conference, adding the high base in August 2020 was another factor.

The surveyed unemployment rate among people aged between 16 to 24 years old, including new graduates, was down 0.9 percentage points month-on-month to 15.3 percent in August.