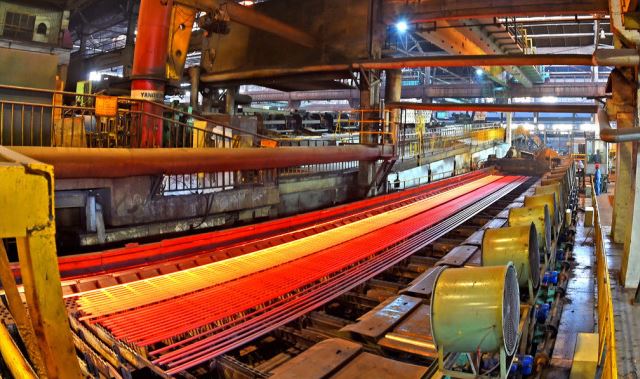 The national economy maintained generally stable momentum and performed within the reasonable range as intensified efforts have been made in areas like investment, trade, supply-side structural reform and employment, according to the National Bureau of Statistics of China on Friday.

The growth of industrial production slowed down and mid-and high-end industries showed good momentum of growth. The real growth of the total value added of the industrial enterprises above designated size was 5.4 percent year-on-year, 0.5 percentage points lower than last month.

The growth rate of investment kept rising and the investment in manufacturing and private investment demonstrated fast growth.

From January to November, the investment in fixed assets (excluding rural households) was 60.93 trillion yuan (about $8.84 trillion), a year-on-year growth of 5.9 percent, or 0.2 percentage points faster than the first 10 months, increasing for the third month in a row.

Private investment reached 37.84 trillion yuan (about $5.49 trillion), up by 8.7 percent, which means private investment has maintained a growth rate higher than eight percent since the beginning of this year.

Real estate investment rose 9.7 percent from January to November year-on-year, flat with the annual increase for the first 10 months.

During the first 11 months, the total retail sales of consumer goods grew by 9.1 percent year-on-year, and online retail sales hit 8.07 trillion yuan, up by 24.1 percent.

The surveyed unemployment rate in urban areas was 4.8 percent, 0.1 percentage point lower than last month as well as the same month last year.

The trade balance was 306.0 billion yuan in surplus, increasing by 21.5 percent over the same month last year.

The country has taken a series of targeted measures to further boost employment.

In addition, the investment in the management of ecological protection and agriculture increased by 42.0 percent and 12.5 percent respectively.