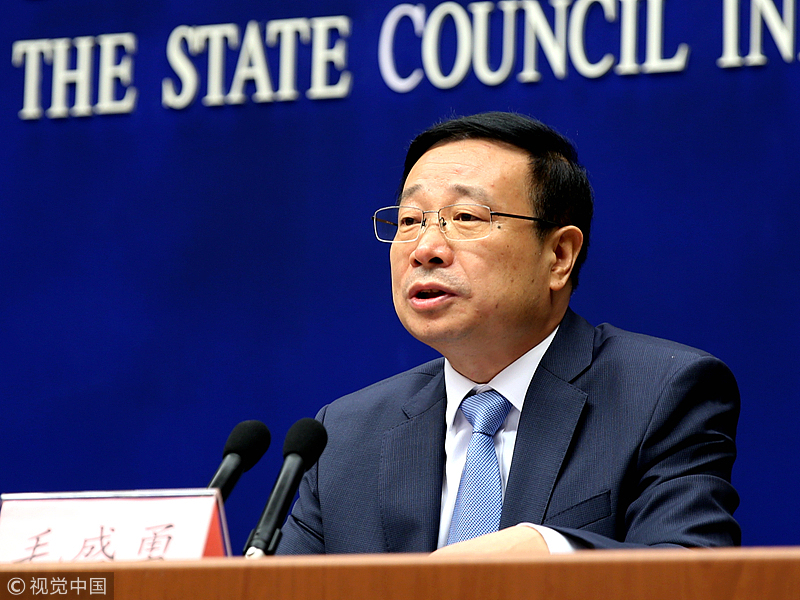 Despite fluctuation of some indicators, NBS spokesperson Mao Shengyong said the economy has been generally stable with improving momentum for growth.

The output of 336 of 596 key industrial products monitored by the government, including steel, coal, crude oil, and integrated circuits, climbed, but production of autos, ethylene, and computers fell.

Retail sales posted a better-than-expected growth of 9 percent last month, accelerating from 8.8 percent in July. Analysts had forecast an increase of 8.8 percent for August.

To boost infrastructure investment, the country has accelerated approval of railway and grid projects over the past few months.

Railway investment in the January-August period reached 461.2 billion yuan (67.4 billion U.S. dollars), or 63 percent of the total railway investment planned for the whole year, according to the China Railway Corporation. It was up from 56.8 percent for the same period last year.

Mao expected the FAI growth to stabilize in the coming months as the government's policies to boost infrastructure investment will gradually come through, while property investment and manufacturing investment maintain stable increases.

He said the government will increase investment in sectors of infrastructure and public services in the country's comparatively less-developed central and western regions.

Besides boosting investment, the country's central bank has been injecting funds into the market through open market operations to lower financing costs and urged financial institutions to enhance support for small and micro businesses.

Looking ahead, Mao warned about risks from a more complicated external environment and long-standing issues caused by domestic structural imbalance.

The country's GDP expanded 6.8 percent in the first half of the year, above the government's annual target of around 6.5 percent. The growth has remained between 6.7 percent and 6.9 percent for 12 consecutive quarters, highlighting its economic resilience.