China's economy witnessed a strong recovery in the first two months of the year, as factory and retail activity surged and beat expectations, foreign media outlets said in recent reports. 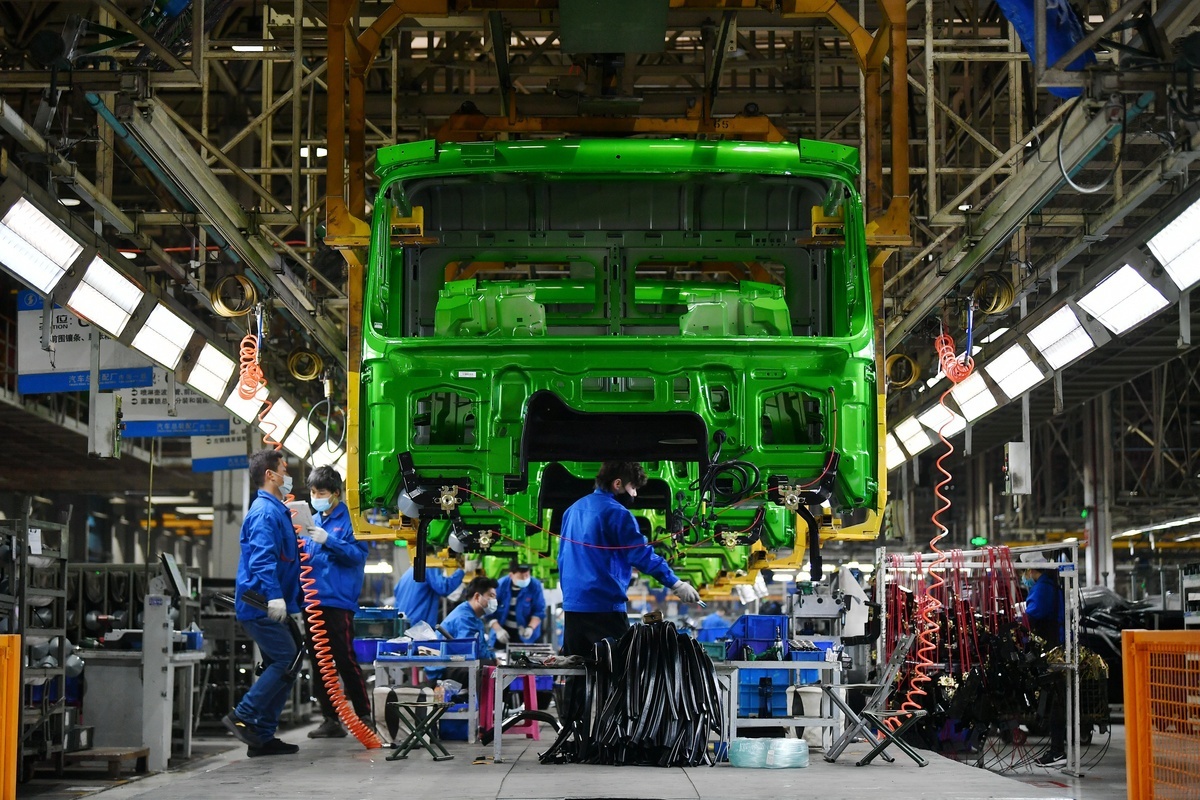 Industrial output rose 35.1 percent in the first two months from a year earlier, up from a 7.3 percent uptick seen in December, data from the National Bureau of Statistics showed, stronger than a median forecast of a 30.0 percent surge found in a Reuters poll of analysts.

Retail sales increased 33.8 percent, also faster than a forecast 32 percent rise and marking a significant jump from 4.6 percent growth in December and a 20.5 percent contraction for January and February of 2020, it added.

"We have a positive outlook for exports and manufacturing investment this year," head of Asia economics at Oxford Economics Louis Kuijs told Reuters. "And we expect household consumption to become a key driver of growth from Q2 onwards, as confidence improves and the government's call to reduce travel is toned down."

China's ability to contain the coronavirus pandemic before other major economies has allowed it to rebound faster, Reuters pointed out, adding in 2020, China was the only major economy to report positive annual growth with an expansion of 2.3 percent.

The recovery has been driven by robust trade, pent-up demand and government stimulus, and export growth hit a record pace in February while factory gate prices posted their biggest expansion since November 2018.

The Wall Street Journal also pointed out many economists say China's economy could grow by 8 percent or more in 2021, even with tighter fiscal and monetary policies.

Coming into 2021, China's factory production continued to be buoyed by strong external demand and government policies that encouraged workers to stay at their workplaces rather than return home for this year's Lunar New Year. Those policies had the dual effect of containing infections and boosting production, WSJ said.

China is still the only major economy to have powered out of the pandemic after early control over the virus and amid surging global demand for medical goods and work-from-home devices. The economy grew 2.3 percent in 2020 and is forecast by economists to expand 8.4 percent this year, Bloomberg said, concurring with the other outlets.