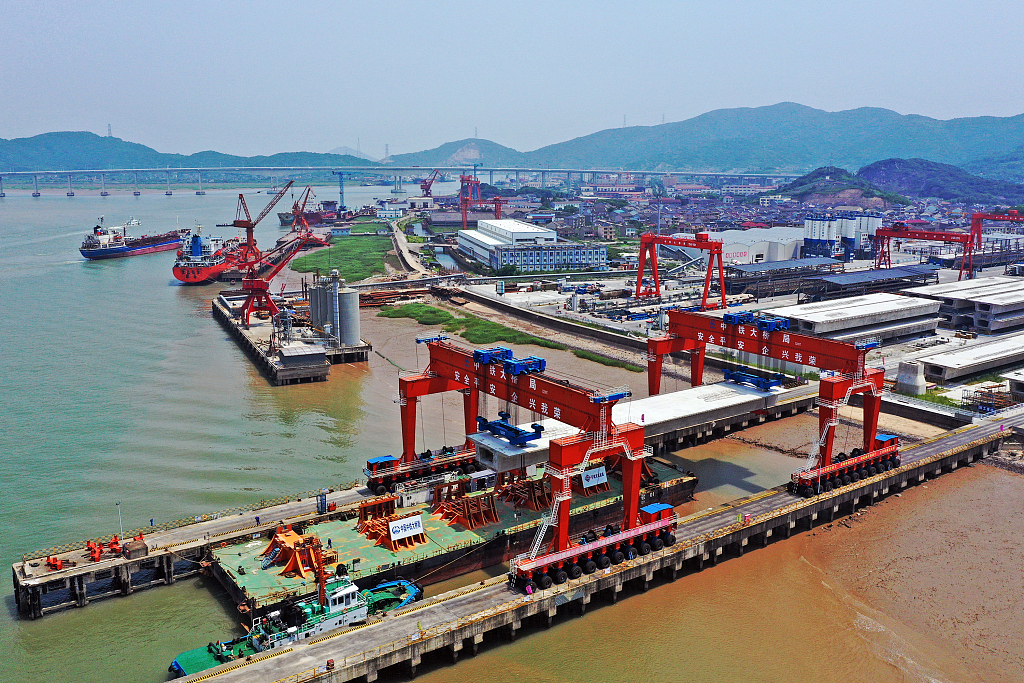 BEIJING, Oct. 18 (Xinhua) -- China's economy expanded steadily in the first three quarters of the year with consumption maintaining a major contribution to economic growth and the improved economic structure fending off external headwinds.

The world's largest developing economy registered a 6.2-percent growth year on year during the period, within the government's annual target of 6-6.5 percent, data from the National Bureau of Statistics (NBS) showed Friday.

In the third quarter, the country's GDP logged a 6-percent growth year on year, according to the NBS data.

Although the country's economy continued cooling down in Q3, activities in the industrial and retail sectors saw a promising rebound in September.

In September, the country's industrial output registered a 5.8-percent growth year on year, up 1.4 percentage points month on month, well beyond the market expectation.

Previous NBS data also showed that the purchasing managers' index for China's manufacturing sector firmed up from 49.5 in August to 49.8 last month.

Retail sales of consumer goods rose 8.2 percent year on year in the January-September period, and with the exclusion of automobile sales, the growth rate reached 9.1 percent.

A breakdown of the data showed output of the service sector, which accounted for 54 percent of the total GDP, rose 7 percent in the first three quarters of the year, contributing 60.6 percent to the country's GDP growth during the period, according to the NBS.

Consumption continued to be the mainstay in driving up demand, with the final consumption contributing 60.5 percent to the economic growth in the January-September period, NBS data showed.

To forestall the blow of downside risks, China has implemented various policies to buoy its economy by cutting tax, lowering banks' lending rates to channel more funds into the real economy and further opening-up.

Huatai Securities believed that maintaining steady growth is the focus of the country's short-term economic work, and a proactive fiscal policy and shift to eased monetary policy are expected to hedge the economic downturn.

"In general, although we face a challenging and complex external environment... there are conditions and supportive factors for us to maintain steady economic performance in the fourth quarter of the year," said Mao.