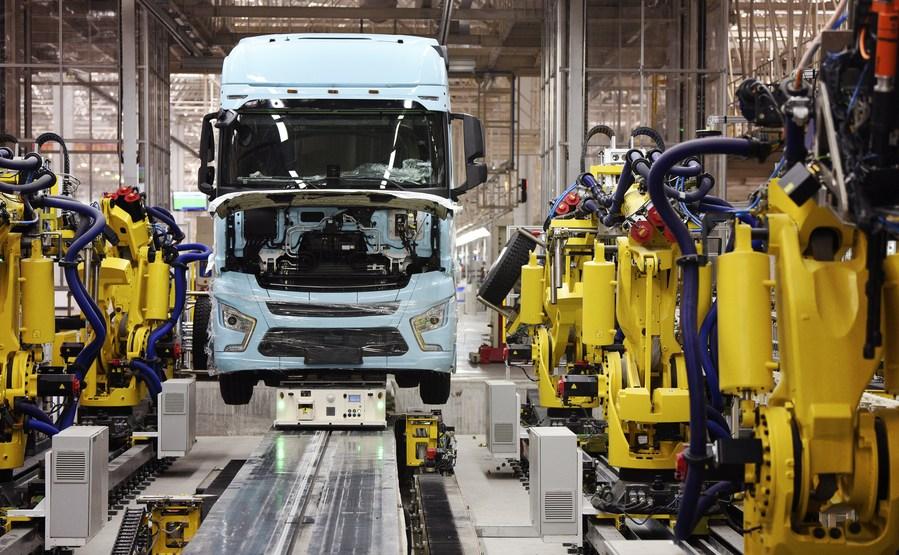 The Chinese economy has maintained resilient growth in the first 11 months of 2022, despite challenges posed by domestic COVID-19 outbreaks and a complex global environment.

China's fixed-asset investment went up 5.3 percent year on year during this period, according to the National Bureau of Statistics (NBS).

In the first 11 months, the total added value of industrial enterprises above the designated size registered 3.8-percent year-on-year growth, with that of high-tech manufacturing climbing 8 percent compared to a year ago.

Specifically, the output of green smart products such as new-energy vehicles and solar cells increased by 100.5 percent and 44.1 percent, respectively.

"The upgrading trend of industrial structure has not changed, with new growth drivers continuing to grow," said Tang Weiwei, deputy director of the NBS's industry department.

The country's e-commerce sector has played a growing role in bolstering consumption during this period, with online retail sales up 4.2 percent compared to the same period of 2021.

Among them, online sales of physical goods climbed by 6.4 percent year on year, accounting for 27.1 percent of the total retail sales of consumer goods.

In November alone, however, several economic indicators, including retail sales, were put under pressure by the impact of domestic COVID-19 flare-ups and shrinking external demand.

Earlier this month, China announced a string of measures to optimize its COVID-19 response in order to better coordinate it with economic and social development needs -- marking the shift into a new phase of the country's COVID-19 prevention and control.

The central government has sent taskforces to relevant localities to supervise their efforts in delivering the policy package for stabilizing the economy, while also coordinating efforts to address difficult issues and specific problems in policy implementation.

Looking forward, the country will step up efforts to deepen reform and opening-up across the board, boost market confidence, ensure steady growth, employment, and stable prices, and spur market vitality to promote the overall improvement of economic operation, the NBS said in a statement.