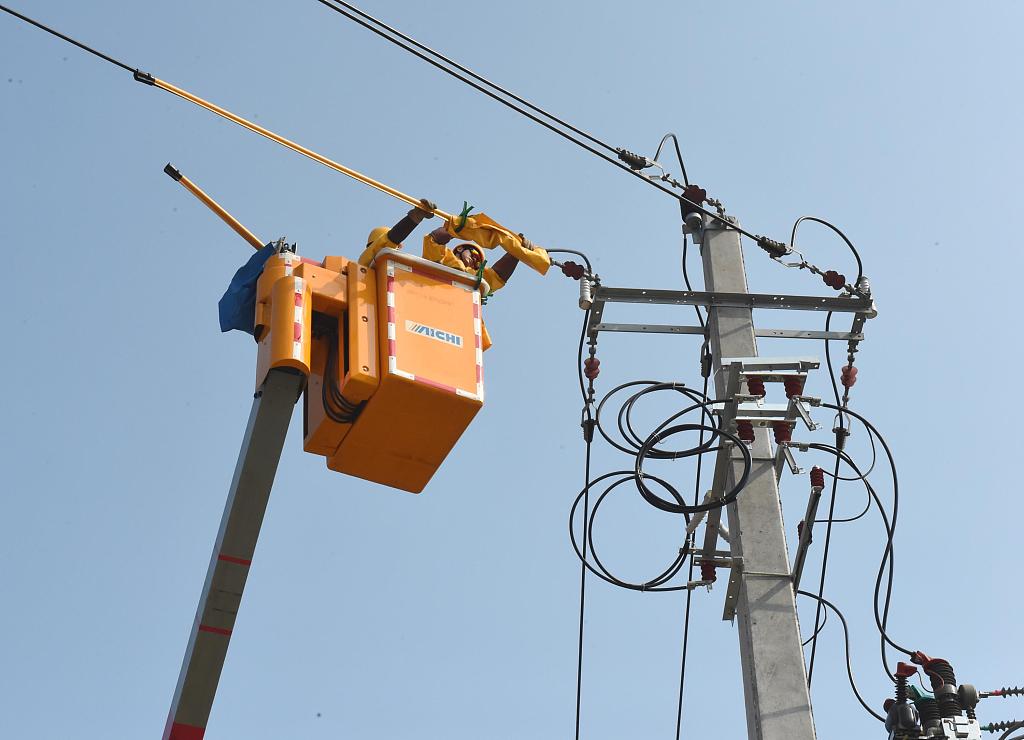 The data varies in different areas. In April, the electricity generation saw faster growth in China, while the increase in electricity consumption in the southwest, central and southern regions was higher than the national average, said Meng Wei, spokesperson of the National Development and Reform Commission, at a recent press conference.

From January to April, electricity consumption increased by over 10 percent in Tibet, Xinjiang, Inner Mongolia, Hubei, Anhui, Guangxi and Hainan, according to the China Electricity Council (CEC).

The CEC data also showed that electricity use in Tibet in the first four months rose by 18.3 percent, ranking first among all provinces and regions in the country.

The data also varies in different industries. In April, power use by new energy vehicles, photovoltaic component manufacturing, and internet data services increased over 50 percent. Moreover, electricity consumption in the tertiary industry increased by 10.5 percent from January to April.

The electricity data also reflects further integration of the internet, big data, and artificial intelligence with the real economy.