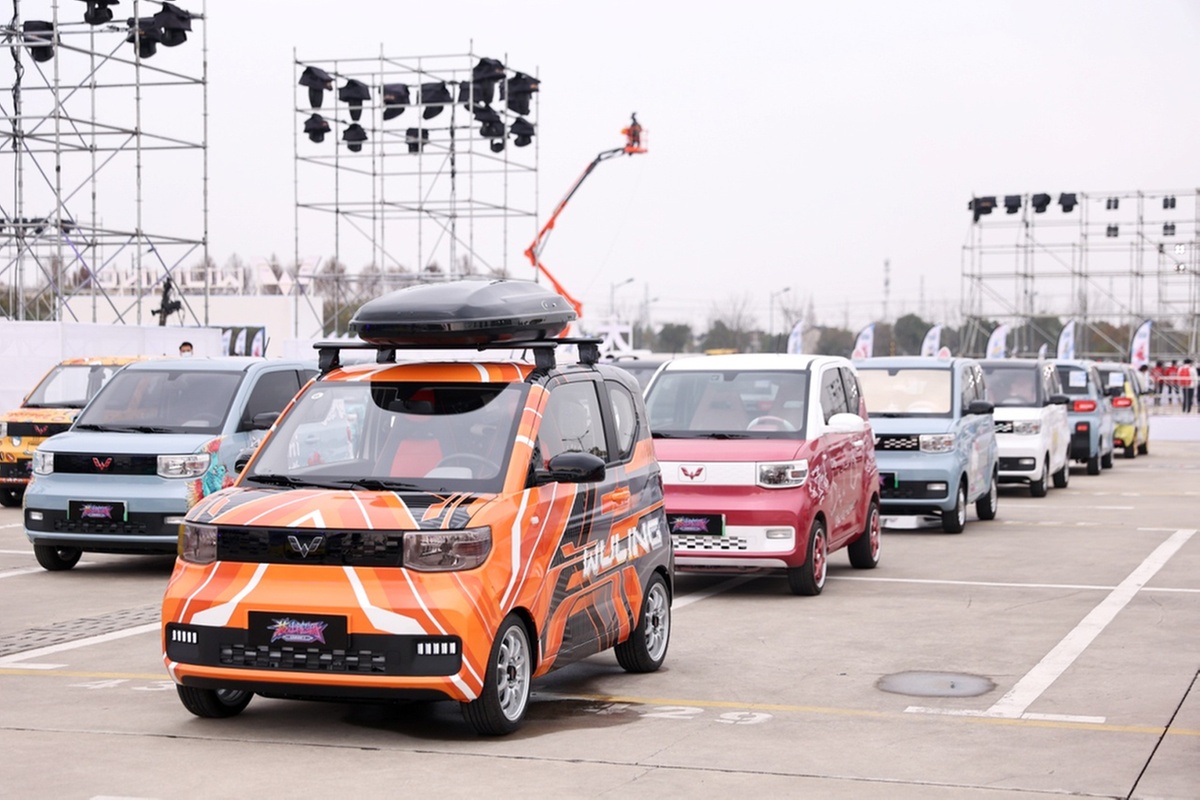 Dozens of SAIC-GM-Wuling's popular Hong Guang MINI EV are shown at an event in Shanghai. (Photo provided to chinadaily.com.cn)

The successful approach in expanding electric vehicle production and usage seen in China's Liuzhou city may provide a blueprint for other cities around the world as they try to meet ambitious emissions targets, said a Bloomberg report on June 27.

Almost 30 percent of the cars sold in Liuzhou last year were electric, according to WAYS Information Technology, a Guangzhou-based consulting firm — making the city of 4 million the effective capital of the biggest EV market in the world, the report said.

Liuzhou, located in Southwest China's Guangxi Zhuang autonomous region, trails only Oslo in Norway for electric vehicle penetration, and has excellent air and water quality due to the popularization of electric vehicles, Bloomberg said.

Thanks to city authorities' endeavors to make Liuzhou an EV manufacturing hub, and concerted efforts to overcome concerns over range, reliability and battery safety, electric vehicles of local carmaker SAIC-GM-Wuling Automobile has been China's top seller for most of the past months, beating US firm Tesla Inc.

Because the cars can be charged from a regular household socket, Wuling was able to install charging points throughout Liuzhou for a fraction of the cost of typical EV infrastructure. There are now around 30,000 charging outlets in the city. In another lure for buyers, electric cars can be driven in dedicated bus lanes, a time-saving privilege during rush hour or traffic jams, the report said.

The city also rolled out a slew of incentives, from extensive test drives to free parking and tens of thousands of charge points, to encourage people to buy electric cars, the report added.

Liuzhou's strategy may also be instructive for automakers like General Motors and Volkswagen AG, which are pumping tens of billions of dollars into a high-stakes bet that the future is electric, said the report. New-energy vehicles accounted for just under 4.5 percent of global passenger vehicle sales last year, according to Bloomberg.

The environmental benefits are there, too. The water quality of the Liujiang River in Liuzhou ranked No 1 among China's inland rivers last year. Moreover, daily air quality of the city was rated excellent about 97 percent of the time in 2020, said the report.

It also said that Liuzhou plans to provide even more support to the sector, by encouraging the localization of supply chains, and backing technology innovation and exports.