Sales by China's major excavator producers continued to post double-digit growth in June, though the pace was slower than the previous month, industry data showed. 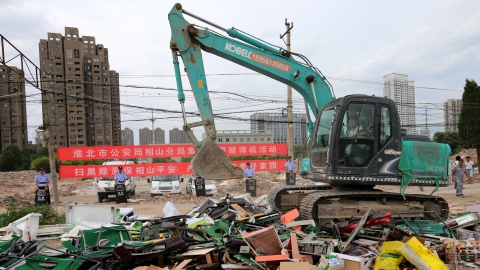 The country's 25 leading excavator makers sold 14,188 digging machines in June, up 58.8 percent year on year, compared with a 71.3-percent increase in May, according to the China Construction Machinery Association.

Sales of digging machines are an indicator economic strength as demand is usually backed by growth in mining and infrastructure.

The country's manufacturing purchasing managers' index came in at 51.5 in June, above the boom-bust line of 50, data from the National Bureau of Statistics showed.

While the reading was lower than the 51.9 in May, it surpassed an average of 51.3 for the first half of this year, indicating upward momentum in factory activity.