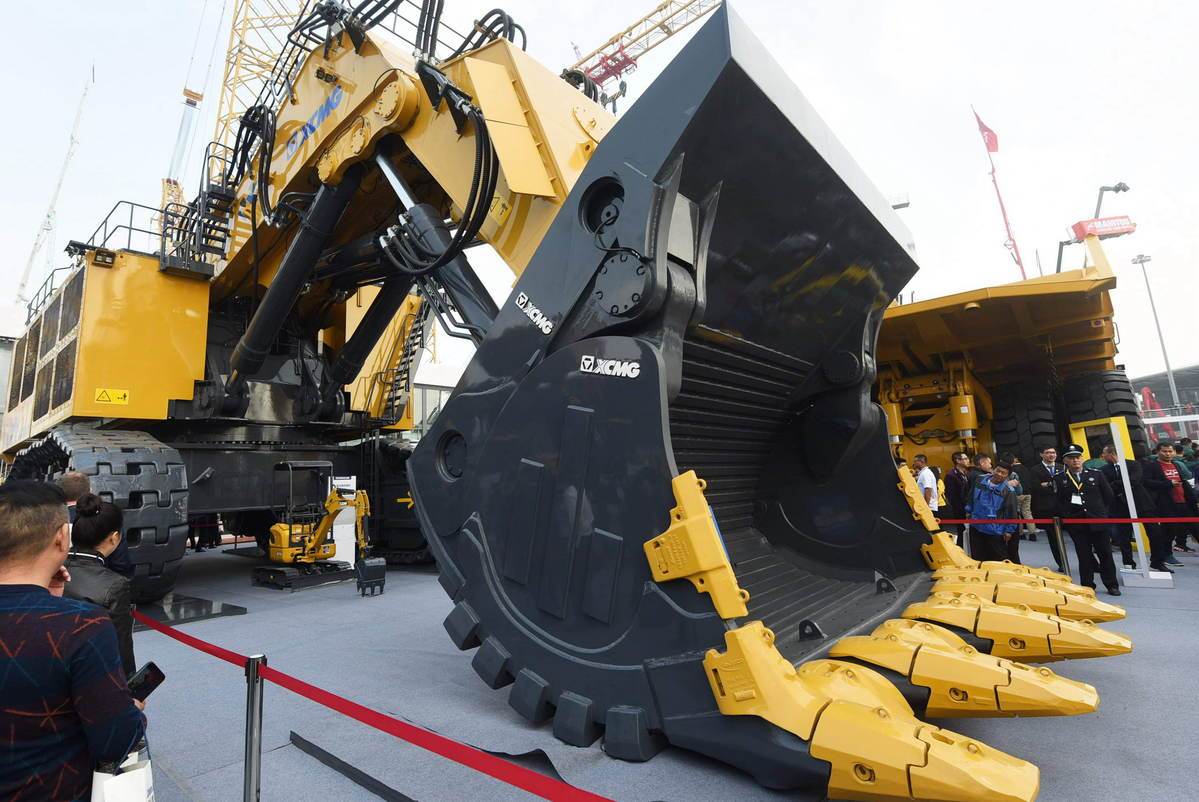 A China-made excavator is displayed during an industry expo in Shanghai. [Photo by Long Wei/For China Daily]

Sinolink Securities predicted the sales of excavators in July to record more than 60-percent growth over the same period last year, as core component manufacturers hiked their production targets by 70 percent year-on-year for the previous two months.

Listed firms in the construction machinery sector posted robust performance in their forecast for the first half of the year (H1).

Zoomlion Heavy Industry Science and Technology Co Ltd, a leading machinery manufacturer, expected its net profits attributable to shareholders to rise between 47.5 percent and 63.03 percent year-on-year in H1, according to a statement filed by the company with the Shenzhen Stock Exchange.