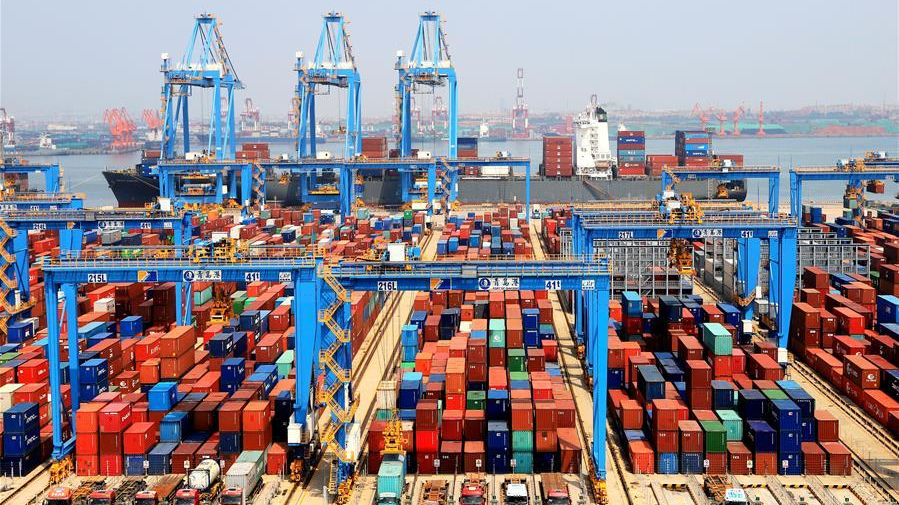 Exports in October continued to expand from an already solid increase of 9.9 percent in September, beating analysts' expectations of 9.3 percent. Imports however slowed down from September's big leap of 13.2 percent, and stabilized to 4.7 percent, still marking the second straight month of growth.

After bottomed in February this year when the pandemic just broke out and China imposed travel restrictions to control the breakout, China's exports quickly rebounded and have maintained resilient since, from the strong demand for medical supplies from the rest of the world.

The surge in exports pushed the trade surplus to $58.44 billion, increased 34.9 percent compared to the same time last year. The surplus stood at $37 billion last month.

However, analysts cautioned that China's robust trade performance could come under pressure in November, as the second wave of coronavirus is sweeping through the rest of the world, and many major economies in Europe went back to lockdown.

In the first 10 months of 2020, China exported more industrial and electrical products and textile products. The exports of clothing, shoes, bags, oil, and steel saw different degrees of reduction.