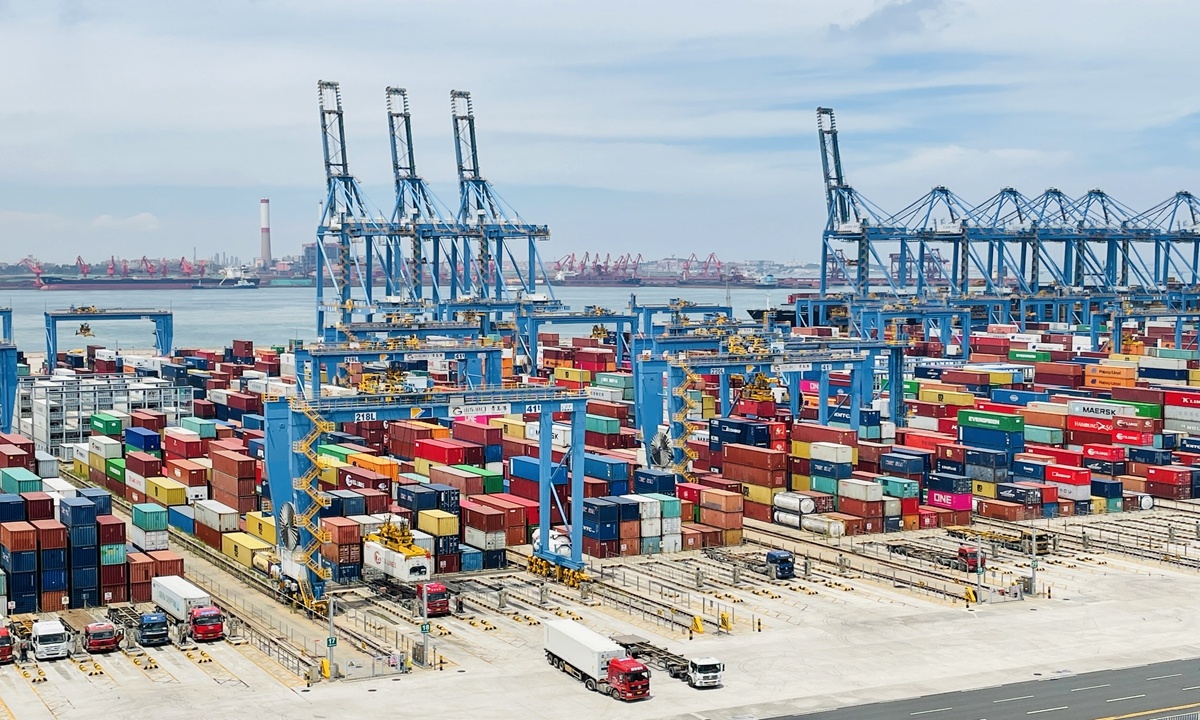 China's exports to countries participating in the Belt and Road Initiative (B&R) have surged by 25.3 percent on a yearly basis in the first seven months this year, as Chinese experts praised trade with the B&R Initiative regions as a "stabilizer" of China's trade exchanges despite external challenges including the coronavirus.

According to figures released by China's General Administration of Customs recently, China exported 3.57 trillion yuan ($551 billion) worth of goods to B&R countries in the first seven months of 2021, up 25.3 percent on a yearly basis. Imports also increased by 25.7 percent to 2.73 trillion yuan. In total, China's trade with B&R rose by 25.5 percent to 6.3 trillion yuan.

During the period, China's exports to Association of Southeast Asian Nations (ASEAN) economies, which are a major constituent of the B&R Initiative, surged by 23.6 percent in renminbi terms.

Experts have graded China's exports growth to B&R countries as remaining "robust" although the figures also showed a decline in growth which experts cautioned may continue over the remaining months this year.

In the first half of this year, China's exports to countries taking part in the B&R Initiative surged by 38.98 percent in US dollar terms to $466.6 billion, while total trade surged by 37.6 percent, official data showed.

"China's trade with the Belt and Road countries is accounting for larger percentage of China's total trade over recent years, and has proved to become the stabilizer and silver lining of trade exchanges even amid epidemic," Bai Ming, deputy director of the international market research institute at the Chinese Academy of International Trade and Economic Cooperation, told the Global Times on Sunday.

Wang Yiwei, director of the institute of international affairs at the Renmin University of China in Beijing, said that China's trade with B&R countries has been relatively robust as a result of high levels of connectivity and shared infrastructure between China and B&R countries, such as the Yixinou rail line, which connects the wholesale city of Yiwu, East China's Zhejiang Province with Madrid, the capital of Spain.

"It is proof of China's developed logistics system and stable supply chains, which have been put into good use during the coronavirus crisis," Wang told the Global Times.

However, experts also cautioned that a resurgence of coronavirus in various parts of the world may cast a shadow over China's exports to B&R countries. In particular, considering that income of Southeast Asian economies is based largely on employee wages, the impact of the epidemic on the consumption of Southeast Asian economies will be significantly higher than that of developed economies, and a decline in consumption will also drag down China's exports of consumer goods in general.

"As the Delta variant spreads to many ASEAN economies including Malaysia and Vietnam, its effect will gradually show up in China' export figures to those countries," said Gu Xiaosong, dean of the ASEAN Research Center under the Hainan Tropical Ocean University.

He also told the Global Times that China's exports growth to ASEAN members will slow down in the second half of this year as many plants are shut down, ocean freight slows, and companies struggle to source available labor.

China's trade with countries in the Belt and Road is mainly concentrated in ASEAN, South Asia, Russia and Europe. Electronics and mechanical equipment remain to be the most traded goods amongst the bloc. 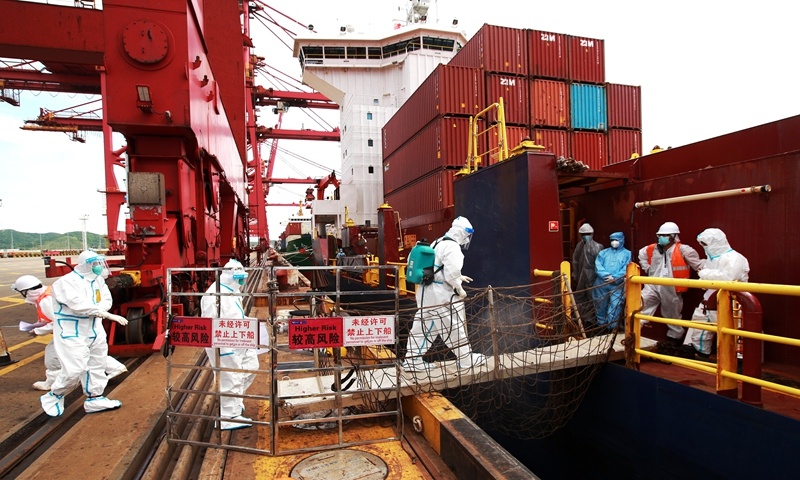 Statistics also reveal that exports of certain products have seen a significant boost in B&R countries over recent months. For example, according to data provided by customs of Xi'an, Northwest China's Shaanxi Province, the exports of personal protective equipment (PPE) from Shaanxi to B&R countries have increased significantly in recent months. In particular, exports of fabrics including face masks surged by 40.4 percent to 260 million yuan in the first six months this year, while exports of medicines and medical material surged by 21.7 percent.

According to Gu, with the Southeast Asian countries suffering from a spike in new coronavirus infections, a large part of China's PPE output has been diverted to these countries. Vietnam, an important link in China's B&R coalition, is also one of China's biggest importers of fabrics supporting their booming clothing industry.

Wang also noted that China is a market that ASEAN countries can't bypass for accessing PPE, as no other country has comparable manufacturing capacity to China for these kinds of products.

In the first seven months this year, China's exports of clothing and clothing accessories surged by 22.2 percent in yuan's terms, customs data showed.

Besides PPE, auto and auto parts exports were also a winner in China's trade with B&R countries. According to Xi'an customs data, Shaanxi's exports of cars to B&R countries surged by 114.6 percent to 1.36 billion yuan.

Wang also noted that as many European countries adopt and implement new-energy vehicle policies, they will raise the volume of auto and auto part imports from China in light of the country's increasingly mature NEV supply chain and ecosystem.