BUSINESS China's exports up, imports down in May

China's exports up, imports down in May 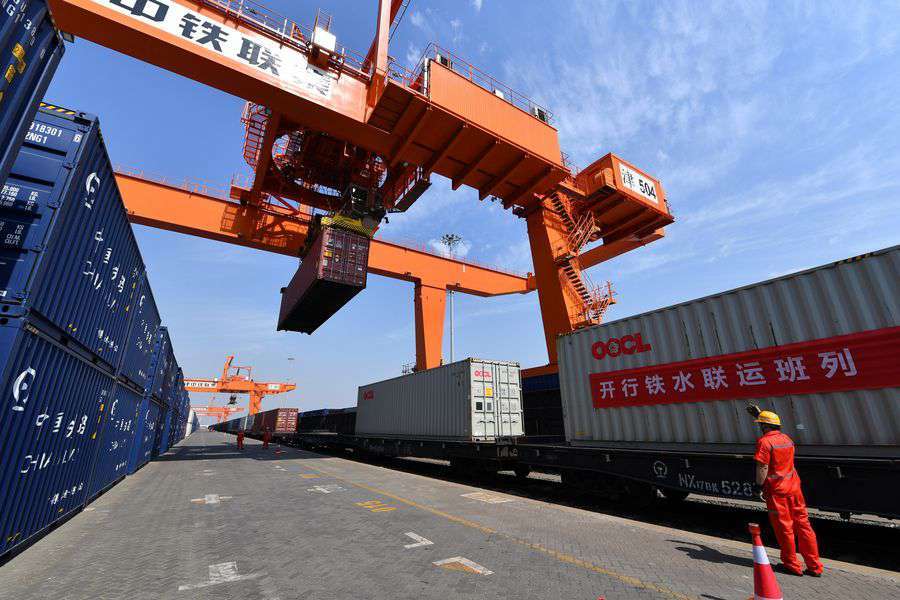 A staff member works for the departure of China-Europe freight train X9202 at the Tianjin Pilot Free Trade Zone (FTZ) in north China's Tianjin Municipality, May 20, 2020. The freight train, loaded with cars, accessories, food and clothing, set off from Tianjin to Ulan Bator of Mongolia. (Photo: Xinhua)

Foreign trade of goods decreased by 4.9 percent year on year in May to 2.47 trillion yuan.

In the first five months, foreign trade of goods dropped by 4.9 percent year on year to 11.54 trillion yuan, maintaining the same level of decrease during the January-April period.

During the January-May period, ASEAN remained as China's largest trading partner with trade up by 4.2 percent year on year to 1.7 trillion yuan, accounting for 14.7 percent of China's total foreign trade.

Trade with the European Union, the United States and Japan decreased during the period, GAC data showed.

General trade, which represents a longer production chain and higher added-value as the key indicator of a country's foreign trade competence, decreased by 4.7 percent year on year in the first five months. However, it accounted for 59.9 percent of the country's total trade, 0.1 percentage points higher over one year ago.

Noting that the COVID-19 pandemic has brought shockwaves to global trade, experts say it is crucial for China to strengthen the implementation of measures to stabilize foreign trade.