During this year's Singles' Day shopping festival, express companies in China strive to speed up their delivery, as part of the efforts to provide better and more efficient services. 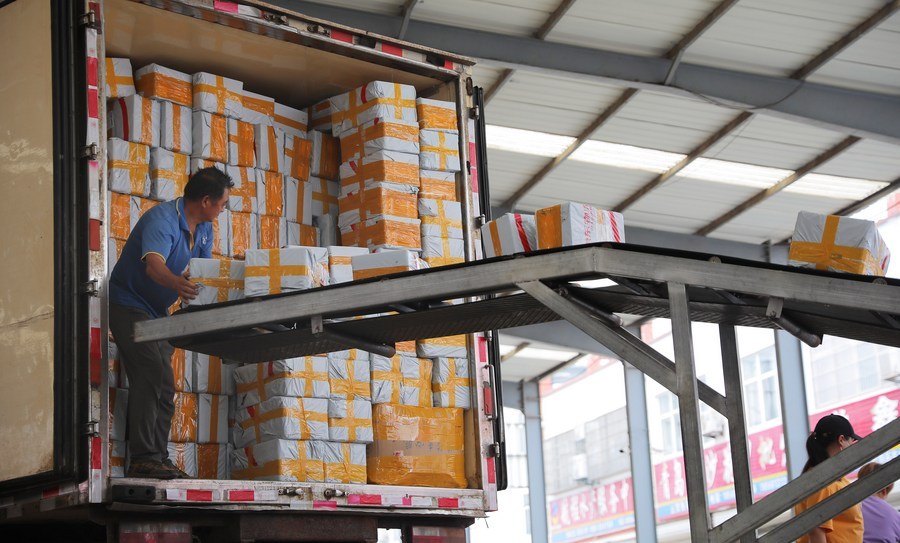 "This is the fastest online shopping delivery since I have made purchases online for seven or eight years," said a woman surnamed Xue who lives in Zhengzhou, central China’s Henan province. Xue received her parcel 25 minutes after she paid the final payment for the advance sale of the Singles Day, which surprised her a lot.

In fact, compared with previous years, express delivery speed during this year's shopping festival has become significantly faster. Many consumers who place their orders before going to sleep, can wake up the next day and receive their purchases.

Why can the packages be delivered so quickly? The truth is many express companies have launched a "speed delivery for advance sales" service, delivering the commodities that consumers have paid a down payment for to the nearest delivery stations and communities; after the final payment is made, they are able to deliver them in the shortest period of time.

Some express companies would deliver the parcels to the nearest express cabinets ahead of time after consumers have made the first payment; after the final payment is made, buyers can immediately receive the codes to pick up the goods themselves.

"These practices actually are to arrange warehousing in advance instead of transportation, so as to achieve optimized allocation of logistics resources. Meanwhile, the pre-sale system can also guide distribution through big data analysis, interface the supply and demand more accurately, and effectively reduce cost and improve efficiency," said Liu Dacheng, deputy director of the Internet Industry Research Institute of Tsinghua University.

Officials at the State Post Bureau recently said that this year's express delivery high season ranges from early November to the Spring Festival, Feb. 12, in 2021, totaling 103 days. During the Singles' Day shopping festival, there is a peak value for the industry, with the business volume twice as usual.

Facing such a huge express volume, how could express enterprises guarantee efficient delivery and distribution? It is reported that nationwide, express enterprises have added 490,000 temporary workers, 100,000 vehicles and 5.4 million square meters of disposal sites, in order to increase their capacity reserves.

Railway departments have also strengthened cooperation with e-commerce merchants and express enterprises for the first time, so as to meet the demand of the logistics market; the departments have extended the Golden Week shopping period from 10 days of previous years to 20 days, launching a "high speed rail" service that covers more than 80 cities nationwide.

"This means that China's express industry is becoming more mature, and its operational management is becoming more scientific," said Pan Helin, executive director of the Digital Economy Academy of the Zhongnan University of Economics and Law in central China's Hubei province.