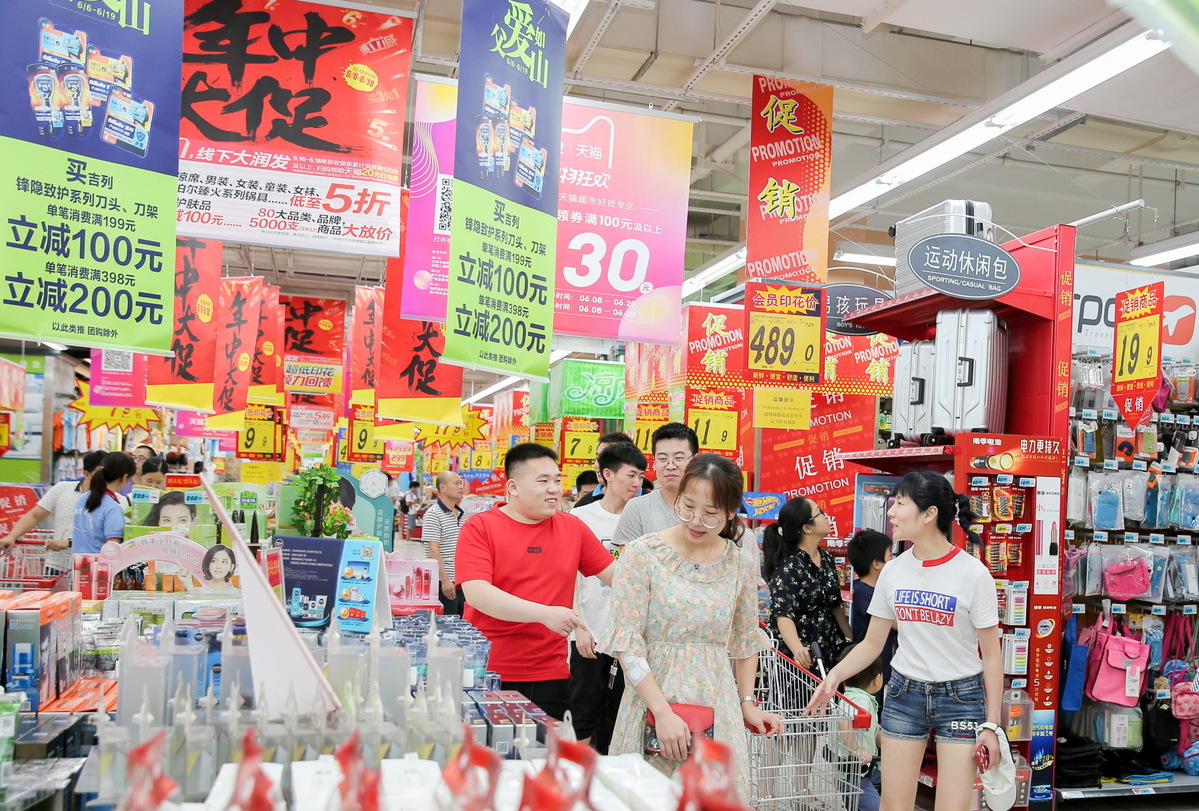 Total value of the market grew 4.3 percent in 2017, up from 3.6 percent in 2016 and representing the first time that sales grew faster than the previous year since 2012, according to the seventh annual China shopper report released by management consulting firm Bain & Company and shopper behavior observer Kantar Worldpanel.

From silicone-free shampoo to not-from-concentrate (NFC) juice that is more natural and nutritious, Chinese consumers are spending more on premium goods that deliver health benefits or elevate their lifestyles thanks to increasing disposable household income, the report showed.

The report showed an increasing number of rapid-growth consumer goods categories, which are driven by a move toward premium products and the increased sophistication of Chinese shoppers, said Jason Yu, general manager of Kantar Worldpanel and co-author of the report.

Pleasure, health and wellness, lifestyle and gifting were the main drivers of the trend toward premium products.

The report also showed that e-commerce sales now represent about 10 percent of the FMCG market, twice as much as two years ago, while online penetration growth is shifting from higher-tier to lower-tier cities.

"It is the sixth year that we have seen local brands win against foreign brands," said Bruno Lannes, China partner in Bain's Greater China Consumer Products practice and co-author of the report, citing Chinese players' speed and an agile operating model as reasons.

Bain and Kantar Worldpanel suggested that companies and brands develop high-value and personalized products to make the most of the trend toward premium products while becoming data-driven and consumer-centric.