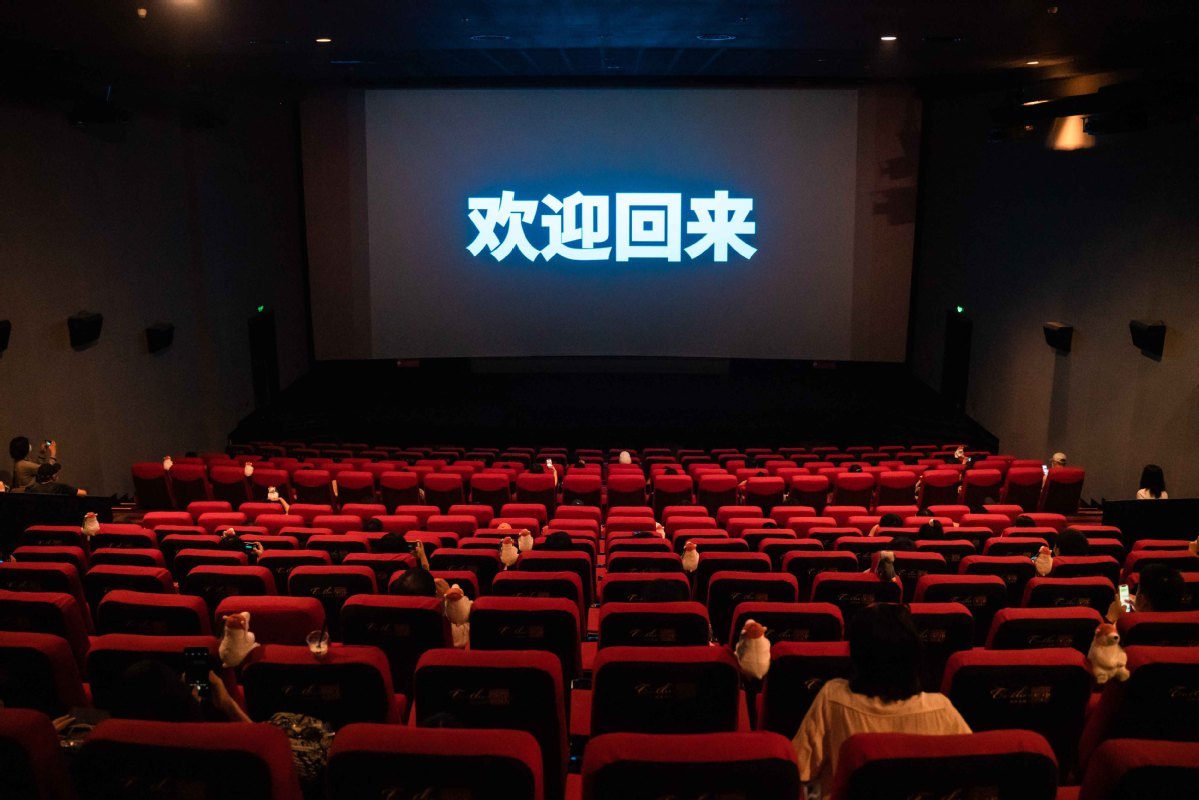 With more than half of the country's cinemas reopening after a six-month closure due to the COVID-19 pandemic, the struggling Chinese film industry shows an early sign of recovery.

As of Thursday, over 6,000 of more than 10,000 cinemas in the country had reopened, accounting for 54.9 percent of all such venues in China that has nearly 70,000 screens, the most in the world, according to Beacon, the movie information tracing service of Chinese internet giant Alibaba.

Over the past six months, thousands of Chinese cinemas were struggling to survive, with some shifting to selling snacks and drinks online or renting venues for other services such as wedding photo shoots.

A string of blockbusters are on their way to "flood" Chinese theaters in following weeks. Among them are several Oscar winners, including the satiric fantasy Jojo Rabbit, the biographical drama Ford v Ferrari, and World War I epic 1917.

More classics will be screened in August, such as director Christopher Nolan's sci-fi film Interstellar and Harry Potter and the Sorcerer's Stone, the first movie of the eight-installment Harry Potter franchise.

Audience will see more new domestic films by the end of summer, once a lucrative box-office season. For instance, the noir animated flick Mr Miao and the romance The Enigma of Arrival will open on Friday, followed by Wild Grass and Love You Forever – two romances tailored for Qixi, the Chinese equivalent of Valentine's Day, on Aug 25.

According to Imax China, 369 of its more than 700 screens resumed operation by Sunday. The company aims to have 600 screens open by mid-August.

"We are delighted to welcome Chinese audiences back to the IMAX Experience in low-risk areas and thank the China Film Administration and our exhibition partners for implementing the necessary measures to help keep moviegoers safe and comfortable," said Rich Gelfond, CEO of IMAX Corporation and Chairman of IMAX China.