BUSINESS China's foray into microchips leads to contest for talent

China's foray into microchips leads to contest for talent 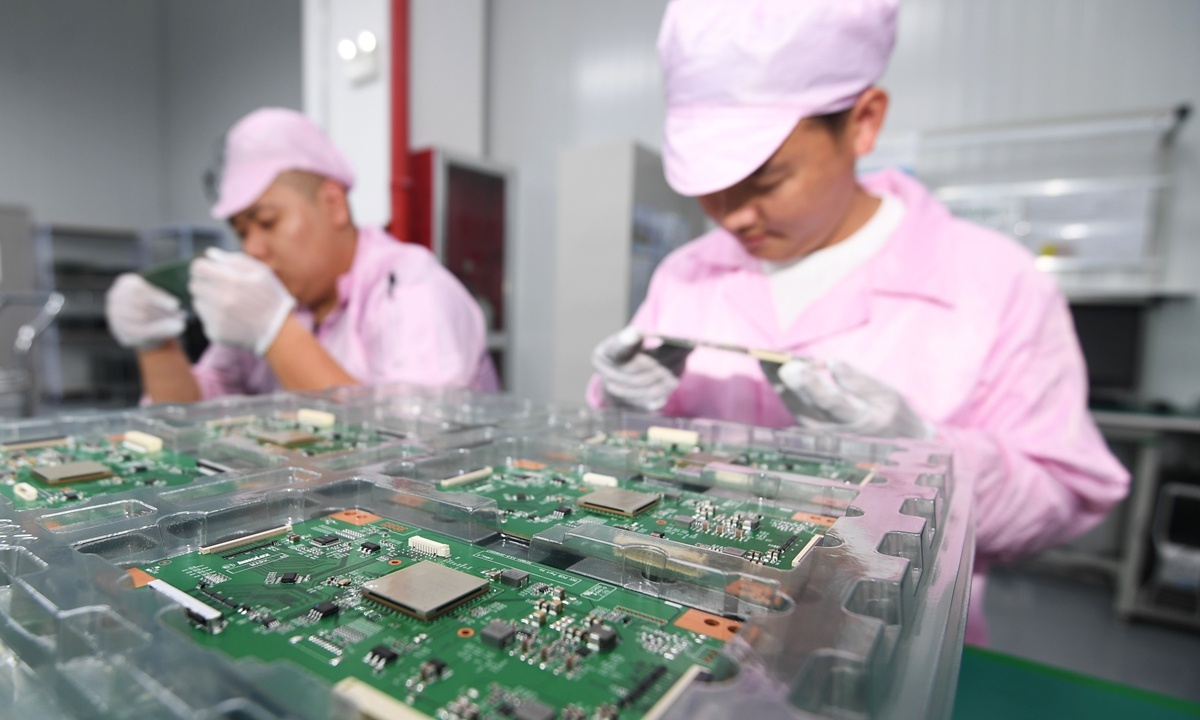 Workers make semiconductors at a company in Guiyang, Southwest China's Guizhou Province on Tuesday. In recent years, China has witnessed the blossoming of its chip industry, thanks to generous government policy support, as well as enthusiastic entrepreneurs and venture investors. (Photo: cnsphoto)

China's semiconductor industry has come into the limelight since the US tried to squeeze China with high-tech decoupling, and now many local governments, investors and internet firms have thronged to the sector.

And, it will probably cause a fierce contest for chip-making talent.

A Beijing-based graduate surnamed Wang told the Global Times on Wednesday that he had several job offers for chip design this summer and decided to join Loongson Technology, which developed one of the earliest general-purpose processors in China.

"I feel it's easier to find a job in the industry. Many companies attach importance to high-end talent, and the salaries have been raised by about 10-20 percent from last year," Li said. He said that foreign chip foundries and even internet firms were also competing to obtain semiconductor talent, but he still chose a local company as he wished to contribute to China's semiconductor self-reliance.

A chip engineer with 10 years of experience surnamed Liu told the Global Times on Wednesday that this year, he frequently received phone calls offering new jobs with double payment and even stock options.

The tiny component of microchips is vital for many products ranging from smart home appliances to autonomous driving vehicles. Given huge domestic demand as well as bloody lessons from the US' crackdown on ZTE and Huawei, capital has shifted focus from the internet to the chip design and manufacturing industry.

Other leading internet firms such as Alibaba, Baidu, Tencent and ByteDance have all made forays into the sector.

Tencent sources said that the company is attempting to conduct research and development on specialized chips rather than for general use, the Beijing-based Securities Times reported.

On Monday, South China's Guangdong Province unveiled a vision for the creation of a comprehensive semiconductor industry supply chain during the 14th Five-Year Plan (2021-25) period, aiming to have manufacturing added value account for more than 30 percent of provincial GDP by 2025.