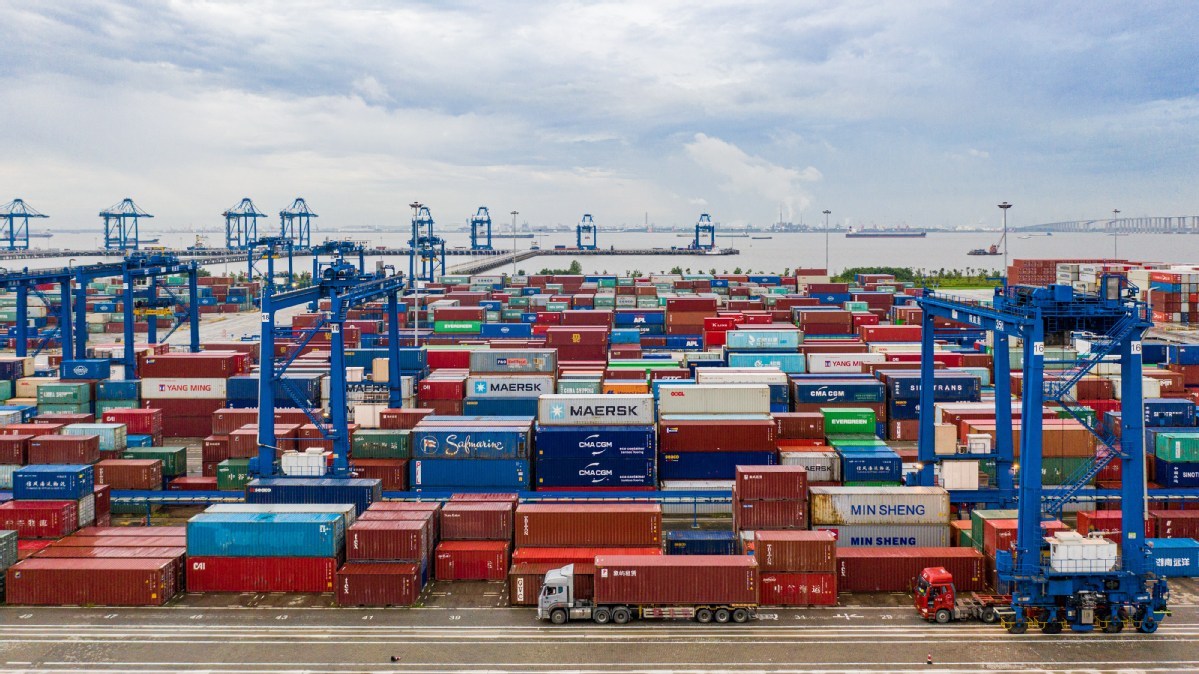 BEIJING -- The volume of China's foreign trade, exports and imports all hit record highs in the first seven months of 2021, while their year-on-year growth rates set 10-year highs compared with the same period in previous years, the Ministry of Commerce (MOC) said Tuesday.

The country's total imports and exports expanded 24.5 percent year on year to 21.34 trillion yuan ($3.3 trillion) from January to July. Exports rose 24.5 percent from a year ago, while imports jumped 24.4 percent in the first seven months, data from the General Administration of Customs showed.

In July, imports and exports rose 11.5 percent year on year to 3.27 trillion yuan, with the volume becoming the second highest in history only after that in June, the MOC said.

China's exports to developed markets such as the United States, the European Union and Japan rose 22.6 percent in the first seven months. Its trade with emerging markets continued to grow, with exports to the Association of Southeast Asian Nations, Latin America, Africa and other emerging markets rising 26.5 percent year on year, boosting the overall exports growth by 13 percentage points, the MOC said.

Various market entities have been dynamic in foreign trade, the MOC said.

Nearly 95 percent of the new businesses that engaged in foreign trade in the first seven months are privately owned.

New growth drivers for foreign trade continued to grow. In the first half of the year, cross-border e-commerce exports rose 44.1 percent year on year. Driven by new-energy vehicles, automobile exports rose 102.5 percent, a record high compared with that for the same period in previous years.

Despite the rapid growth in foreign trade, the economic recovery still faces uncertainties due to the pandemic and the risks in industrial and supply chains, the MOC said.