BUSINESS China's foreign trade of goods up 9.9 pct in Jan.-Sept.

China's foreign trade of goods up 9.9 pct in Jan.-Sept. 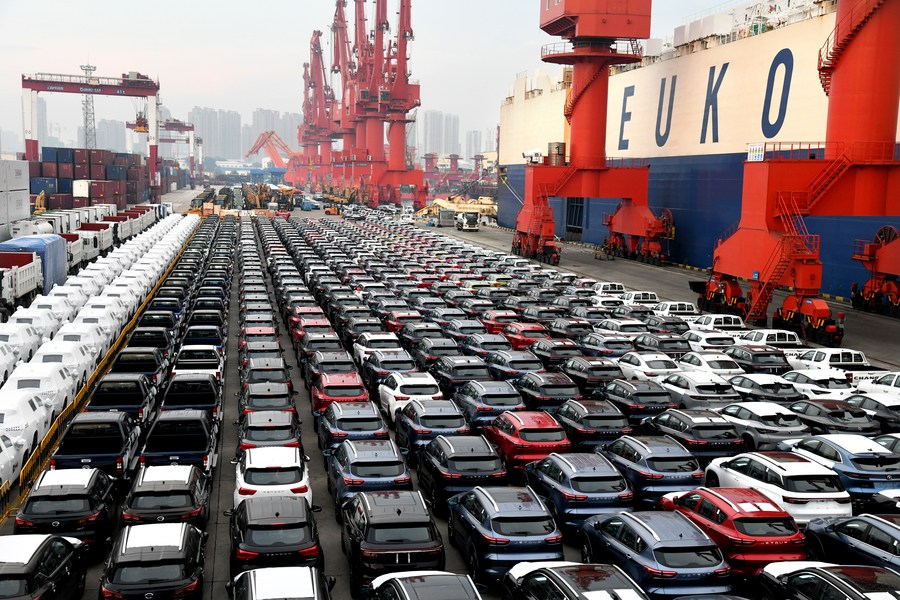 Photo taken on Aug. 7, 2022 shows commercial vehicles before their shipment onto a ro-ro cargo vessel to depart for Africa at Qingdao Port in Qingdao, east China's Shandong Province. (Photo: Xinhua)

Exports rose 13.8 percent year on year to 17.67 trillion yuan, while imports increased 5.2 percent from a year ago to 13.44 trillion yuan, according to the General Administration of Customs.