BUSINESS China's foreign trade rises in first half of 2019

China's foreign trade rises in first half of 2019

China's goods trade went up 3.9 percent year on year to 14.67 trillion yuan (about 2.13 trillion U.S. dollars) in the first half of this year, customs data showed on Friday. 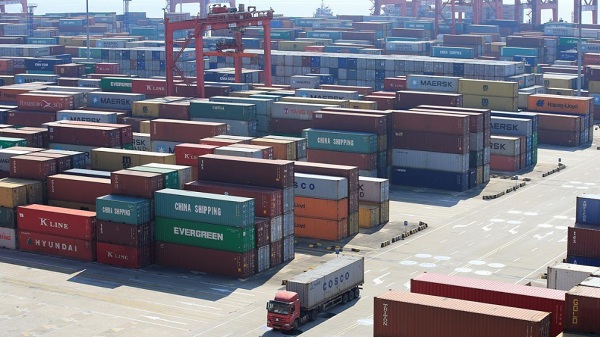 Exports rose 6.1 percent year on year in the first half of the year while imports grew 1.4 percent, according to information from the General Administration of Customs (GAC).

China's trade with countries along the Belt and Road Initiative reached 4.24 trillion yuan (620 billion U.S. dollars), an increase of 9.7 percent, accounting for 28.9 percent of the total trade.

Trade with ASEAN countries was up by 10.5 percent. Trade with EU stood at 2.3 trillion yuan, an increase of 11.2 percent. Meanwhile, trade with the U.S. registered at 1.75 trillion yuan, down by nine percent, accounting for 12 percent of the total trade.

Import of crude oil was up by 8.8 percent, and natural gas up by 11.6 percent. China's import of soybean dropped by 14.7 percent, down by 38 million tons.

Li Kuiwen, spokesman of GAC said that despite challenges arising from the complex global environment, China's foreign trade in the first half of the year made steady progress and the trade structure continues to optimize.