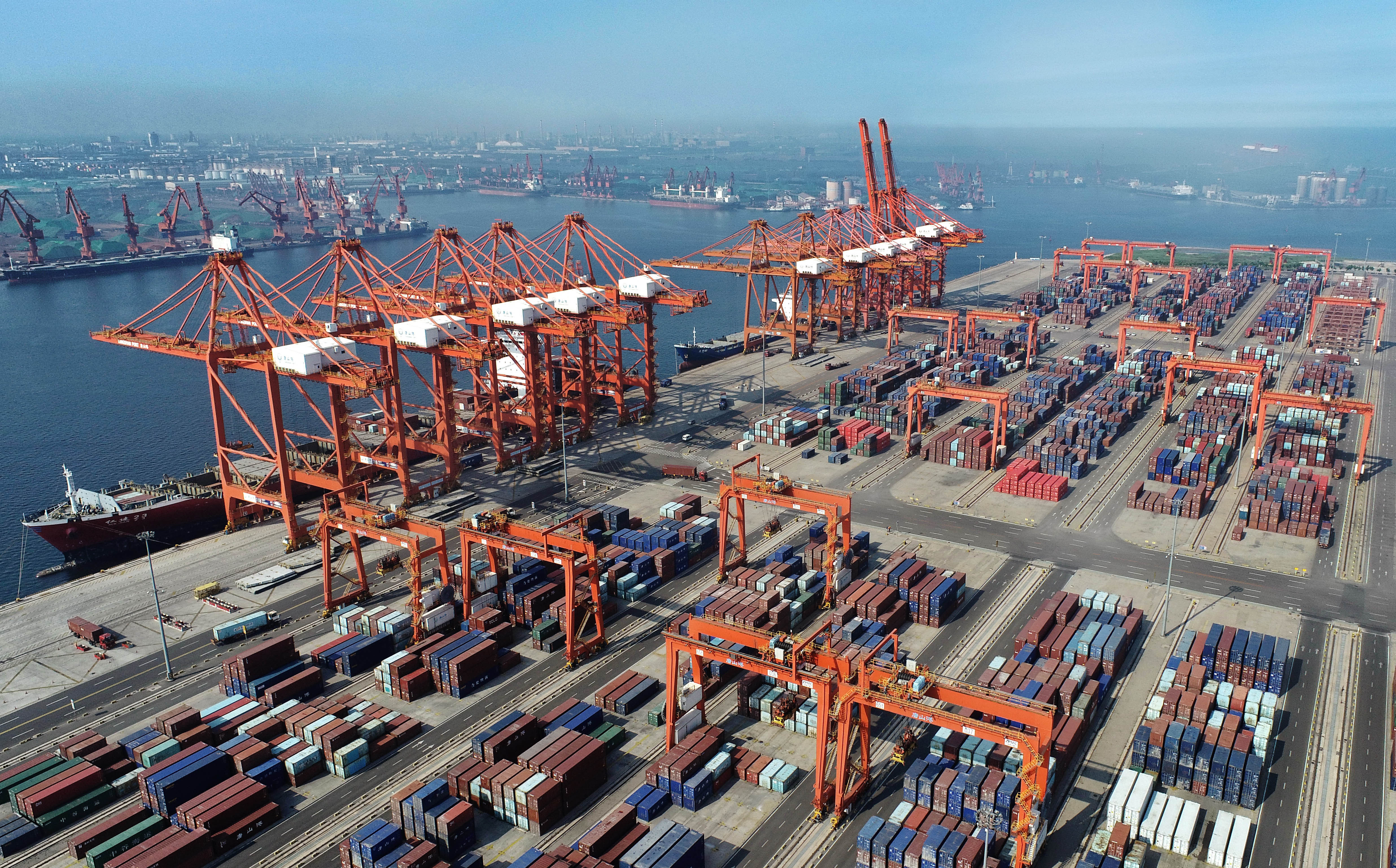 The country's total imports and exports expanded 24.5% year on year to 21.34 trillion yuan (about $3.3 trillion) from January to July, data from the General Administration of Customs (GAC) showed.

The volume marked a 22.3% increase when compared with the pre-pandemic level during the same period in 2019, the GAC said.

"The yearly growth of exports in July is slightly below expectations but remains resilient," said Li Qilin, an analyst from Hongta Securities.

The demand for epidemic prevention materials rebounded due to the resurgence of the COVID-19 pandemic overseas. Meanwhile, the recovery of offline consumption in some developed countries helped shore up China's exports, as foreign importers were restocking inventories for the new semester and year-end holidays, said Li.

The recovery of overseas production also pushed up the demand for Chinese products, including machinery equipment, according to Li.

Looking forward, Li cautioned about uncertainties of China's exports ahead in the face of certain factors. These factors include possible tapering off of policy stimulus overseas, virus variations, and financial burdens of Chinese exporters caused by increasing freight costs.

The growth rates of China's trade value with the three trading partners between January and July stood at 24.6%, 23.4%, and 28.9%, respectively.

During the same period, China's trade with countries along the Belt and Road totaled 6.3 trillion yuan, up 25.5%, year on year.