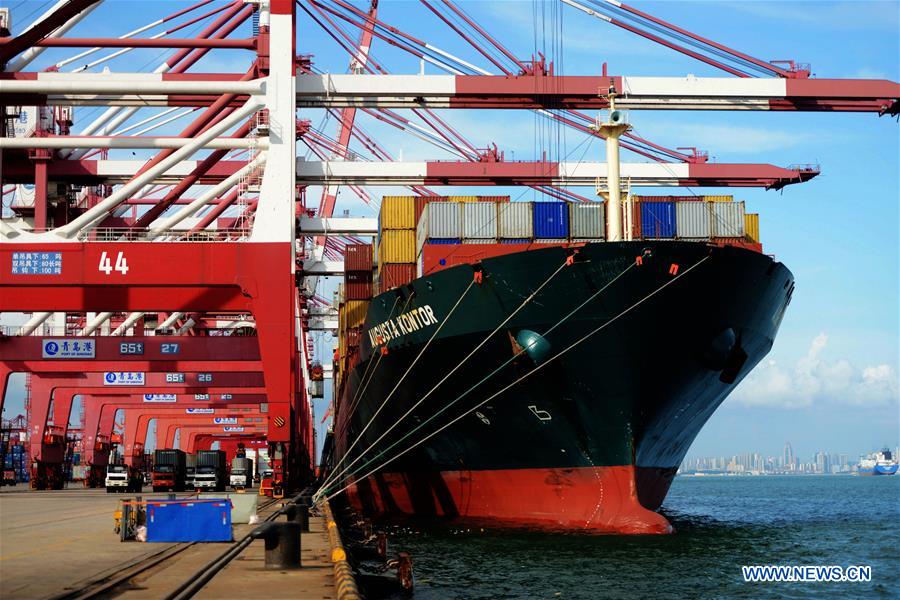 China's foreign trade for the first 10 months of the year totaled 25.05 trillion yuan ($3.61 trillion), up 11.3 percent from the same period last year, according to data released by the General Administration of Customs.

The total trade in October soared 22.9 percent from a year ago to 2.75 trillion yuan, of which the imports surged 26.3 percent year on year to 1.26 trillion yuan, while exports rose 20.1 percent to 1.49 trillion yuan.

The private companies took a bigger share in the structure, as their total trade in the first 10 months increased 14.6 percent year on year to 9.88 trillion yuan. The figure made up 39.4 percent of the accumulative number of the country, 1.1 percentage points higher than the share in the same period of last year.

The rapidly growing general trade also expanded its ground, as it was up 14.1 percent to reach 14.51 trillion yuan in the first 10 months. The number accounted for 57.9 percent of China’s total trade, 1.4 percentage points higher than the figure in the same period of last year.

In the same period, trade with the EU, the US, the Association of Southeast Asian Nations (ASEAN), Japan and other major markets witnessed a rise, and trade with countries along the Belt and Road saw a growth higher than the overall rate.

China exported more machinery products， and slightly more labor-intensive products, while imported more crude oil and natural gas, and less soybeans. The bulk commodity witnessed a mixture of ups and downs in terms of the import prices in the 10 months.