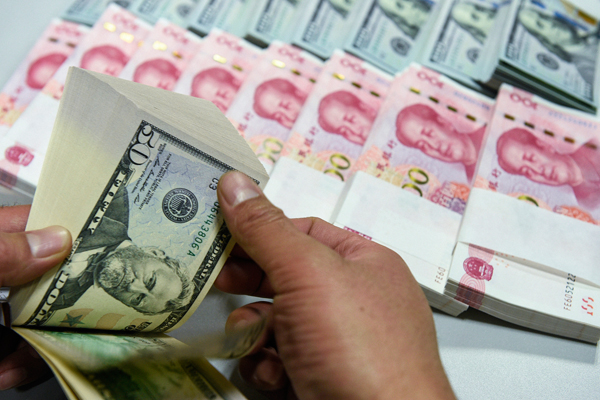 The amount was up by 38 billion dollars, or 1.2 percent, from the end of November, according to the State Administration of Foreign Exchange (SAFE).

The December figure was a new high since May 2016, according to Wen Bin, chief analyst at China Minsheng Bank.

Commenting on the December rise, SAFE spokesperson Wang Chunying said the market was "basically stable" with orderly and rational transactions.

Due to development of the COVID-19 vaccine and the monetary and financial policies of major economies, the dollar index saw a decline while non-U.S. dollar currencies went up in December, said Wang.

The spokesperson attributed the December growth in forex reserves to the combined effects of currency translation and changes in asset prices.

For the whole of 2020, eight months logged month-on-month growth, indicating that the steady functioning of the country's forex market had a solid foundation, said Wen.

Wang also expected China's foreign exchange market to run in a steady and balanced manner and the scale of forex reserve to remain generally stable, despite uncertainties in the international financial market amid virus-induced risks and complicated global economic outlook.