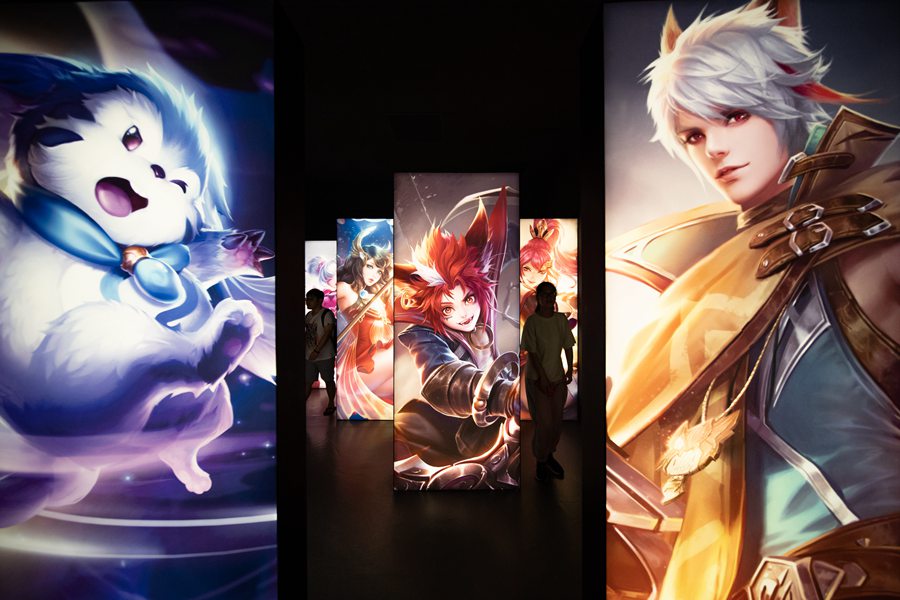 A view of the Honor of Kings themed exhibition on July 29, 2019. [Photo by Gao Erqiang/China Daily]

BEIJING - China-headquartered game publishers continued to see steady global expansion in the first half of this year as overseas players spend more on Chinese games, an industrial report showed.

Their share of consumer spending in overseas markets reached 16 percent in H1, surging by 60 percent compared with H1 2017, according to a report released by global app market data provider App Annie and Google, citing data from the iOS App Store and Google Play.

The United States led consumer spending on Chinese games during this period, while Southeast Asia reported the highest number of downloads of Chinese games.

China-based game publishers' share of consumer spending in individual developed markets was less than 20 percent in H1, but was growing at a high speed. In emerging markets, they enjoy a large share of the market, with India reporting the highest increase of 110 percent, followed by Russia, the report showed.

Most consumer spending on Chinese games comes from hardcore games, while recently there has been an increase in adventure game purchases, according to the report.