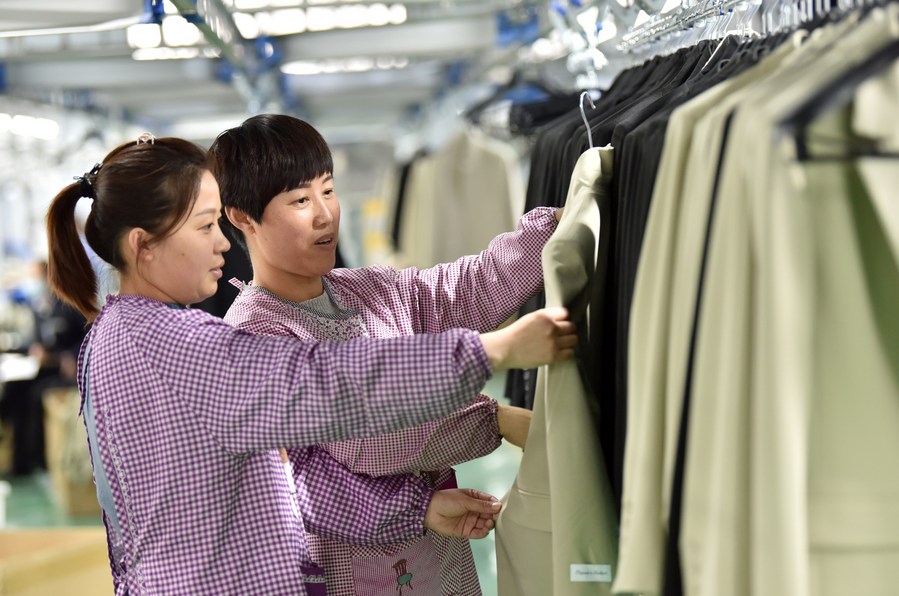 From January to August, the combined operating revenue of 12,520 major garment companies reached 905.6 billion yuan (about 141.43 billion U.S. dollars), up 9.6 percent year on year, according to the Ministry of Industry and Information Technology.

Total profits of these companies rose 9.5 percent from a year earlier to 39.6 billion yuan in the period, while the combined output expanded 12.9 percent year on year to 15.2 billion pieces.

The country's exports of garments and accessories increased 28.1 percent year on year to 105.7 billion U.S. dollars.