BEIJING, Dec. 27 (Xinhua) -- The output of natural gas in China is likely to reach over 186 billion cubic meters this year, said an official with the National Energy Administration. 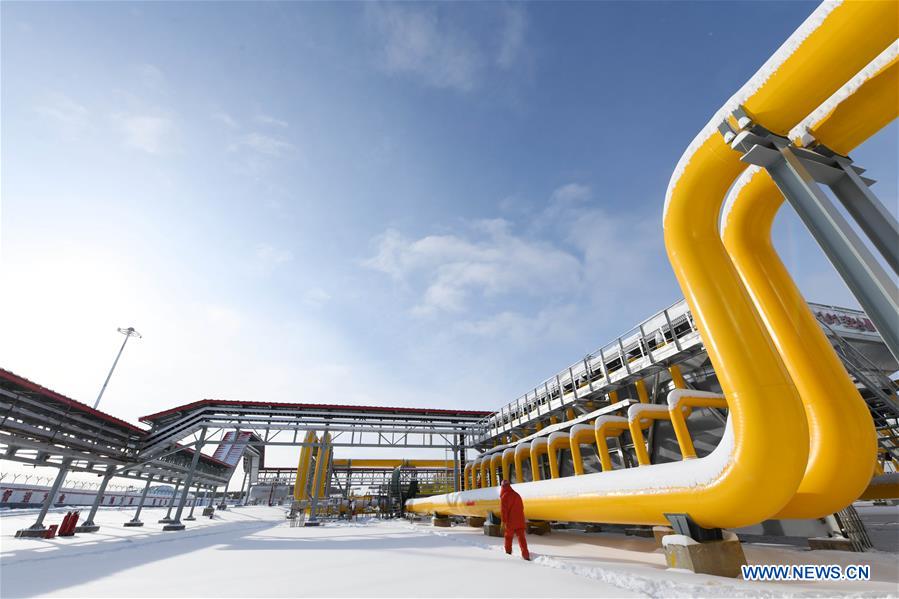 A staff member walks past pipelines in the gas-distributing and compressing station of the China-Russia east-route natural gas pipeline in the city of Heihe, the first stop after the Russia-supplied natural gas enters China, northeast China's Heilongjiang Province, Nov. 19, 2019. (Photo: Xinhua)

China will also steadily expand the scale of natural gas reserves and improve the production, supply, storage, and selling of the resource, according to Zhang.

To meet the target, the country will actively promote the construction of large gas storage facilities in several regions in the country.

China will continuously increase its efforts in exploring and developing oil and gas. Meanwhile, it will make significant progress in promoting clean heating in the northern part of China during the winter, he said.

Non-fossil energy accounted for 15.8 percent of total energy consumption in China, according to Zhang.