BUSINESS China’s GDP still on pace for 8% growth in 2021: economists

As small COVID-19 flare-ups in China's capital city of Beijing and Northeastern port city of Dalian alerted the public about a new wave of outbreaks with the government ramping up strict measures restricting outings and large gatherings, concerns have emerged as how the new round of viral prevention measures will impact next year's GDP growth.

Economists have brushed off the possibility that the recently-enforced measures will derail China's impressive economic recovery, however, certain industries, such as travel-related services, will inevitably be affected.

After 13 new COVID-19 cases were confirmed within two weeks, Beijing has tightened COVID-19 preventative measures, such as advising residents against traveling outside Beijing or China, and put caps on number of people allowed in gatherings or public places, over concerns that China's mass travel during the holiday period could cause cases to spike around the country.

Cities across China have similarly followed suit. Several travel agencies in South China's Guangzhou suspended their services to the capital, and some cities cancelled their New Year celebration activities.

There will be strict controls over travel to and out of Beijing during the upcoming New Year holiday and Spring Festival, Zhou Weimin, an official with the Beijing Municipal Bureau of Culture and Tourism, said on Sunday.

The capital city, a major distributing hub of passenger flows during the Spring Festival travel rush, has advocated for local residents to stay in the city over the grandest Chinese festival of the year.

In addition, the city's parks and scenic attractions as well as indoor public spaces such as performance venues and entertainment facilities will only be allowed to operate at 75 percent capacity during the two holidays.

The reemergence of sporadic cases, notably in the capital city, inevitably weighs on traditional travel activities and would result in a rearrangement of previous work resumption plans, Xu Xiaolei, marketing manager at China CYTS Tours Holding Co., a major tour operator in the country, told the Global Times Monday.

Small- and medium-sized travel agencies could take a battering from the upgraded containment measures whereas big agencies have more leeway to get through such tough times, according to Xu.

In a note sent to the Global Times on Monday, major Chinese travel platform Qunar said it has plans to disclose its partners' refund policies in the first place and has prepared multiple precautions to offer travelers the greatest possible transparency and help relieve their worries about possibly abandoned travel plans.

The country will continue to suspend inbound and outbound group travel and related air ticket and hotel booking services by travel agencies and online travel firms over the forthcoming two holidays, Hou Zhengang, an official with the Ministry of Culture and Tourism told a news conference on Monday.

The ministry advised tourists to reduce unnecessary outings and not to travel to domestic regions categorized as medium- to high-risk in coronavirus containment terms over the two holidays, according to Hou.

The mass availability of coronavirus vaccines beginning next year will essentially underpin consumers' confidence and ensure that the economy stays on track for recovery, according to Lian Ping, head of the Zhixin Investment Research Institute.

The sporadic seasonal infections have come within the expectations of many medical experts and will only fuel the use of vaccines at a faster pace, Gao Liankui, a professor and member of the academic committee at the EU Business School, told the Global Times on Monday.

Gao held onto his forecast of an expansion of over 8 percent for the Chinese economy in 2021. 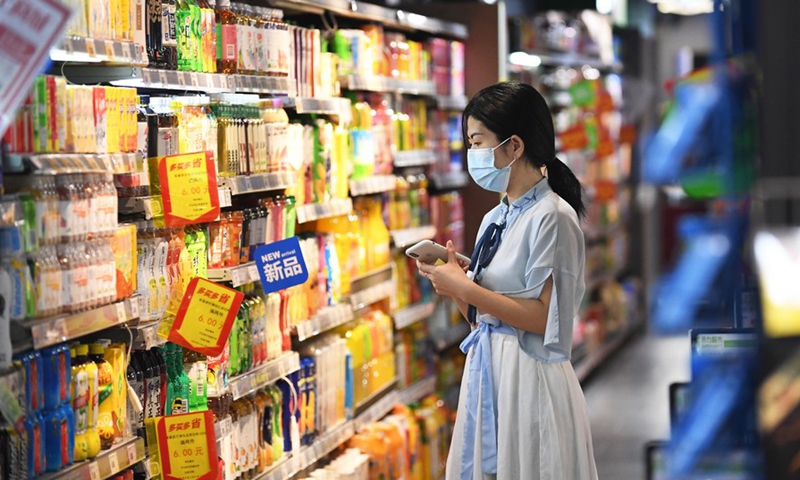 Light at the end of the tunnel

The disruption to travel activities in affected places as a consequence of recent flare-ups will by no means undercut optimism about the economy's growth prospects next year, economists said, sourcing their optimism from the readiness of vaccines soon and the nation's increasingly precise virus containment efforts that render the recent emergence of cases a minor annoyance for the world's second largest economy.

Saying that the recent sporadic cases will have a far smaller impact on the capital city's economic and social activities compared to the epidemic outbreak in June linked to Beijing's Xinfadi market, Tian Yun, vice director of the Beijing Economic Operation Association, told the Global Times on Monday that the nation has proven to be increasingly precise in containing the coronavirus.

The economy is estimated to grow by 9 percent over the next year, Tian forecast, citing that double-digit growth is expected in the export sector for the whole of 2021 as COVID-19 situations in Europe and the US likely will worsen, where quantitative easing policies will remain in place, makes the case for a continued surge in their imports from China.

Without a large-scale outbreak, the virus tends to result in phased fluctuations in consumption, Lian said, believing that public gatherings would be affected while basic consumption would remain unfazed, thereby sustaining consumer strength.

As we have accumulated a year of anti-epidemic experience, we can handle the current sporadic outbreaks and will be unlikely to encounter the same situation as one at the beginning of 2020. But still, we need accelerate vaccinations for emergency use and put vaccines into the market as soon as possible, to protect high-risk groups, Zeng Guang, chief epidemiologist of the Chinese Center for Disease Control and Prevention (CDC), told the Global Times.

Wu Zunyou, another chief epidemiologist from the CDC, told the Global Times that China has witnessed more sporadic outbreaks since entering winter. Yet the scale of these outbreaks has been small due to timely reporting and containment measures.

In addition to the coronavirus, the public needs to stay alert to the flu, norovirus and food poisoning, said Wu, urging people to avoid going to poultry markets and stick to the government's virus prevention measures.

Those epidemiologists also warned that preventative measures for people and items from abroad entering China should not be relaxed, especially as the world is now vigilant on the newly-discovered more infectious coronavirus strain.

While overall economic activity will be in good shape despite the recent flare-ups, certain epidemic-sensitive industries in the affected cities have been particularly impacted.

At Tianjin port, it now takes 15 days to pick up cargo after containers arrive, Yang said, while in the past cargo could be picked up on the same day they arrive.

Container shipping companies are also raising their prices due to uncertainties at the ports, according to Yang, and so far, their shipments are enough to meet the domestic demand of imported seafood, but the approaching festival season will bring more orders that the company might struggle to fulfill.

"Customers are not as nervous as before," Yang said, "but due to the latest restrictions in Beijing, a lot of the large supermarkets are rejecting our supply of imported seafood."

Yang noted that his company, like many others in the seafood industry, has been running on negative profits this year due to the pandemic, and he is concerned that the random flare-ups of COVID-19 will extend the uncertainties in his business well into next year.

Yang's woes, just like the sporadic infections, are unlikely to be contagious enough to derail the economic recovery at large, observers said, maintaining optimism about growth prospects.

And even battered businesses such as the aforementioned travel agencies are actively exploring a way out of their temporary plight.

As part of efforts to fend off the fallout of recent sporadic infections, tour guides at especially bigger travel agencies would tap into influencer marketing via various livestreaming platforms, Xu disclosed, adding that CYTS is now upping the ante in recreational vehicle (RV)-related services (such as RV rental) to cater to differentiated customer needs.