According to LEVC's introduction, the latest TX model is powered by an electric engine and has a total range of about 600 km. Of these, more than 100 km are actually covered electrically, for the remainder of the range, an internal combustion engine recharges the battery.

Following the iconic look of London cabs, the LEVC's electric taxi has a large square intake grille, a wide, square-shaped body and a side-by-side door for passengers to get on and off easily. 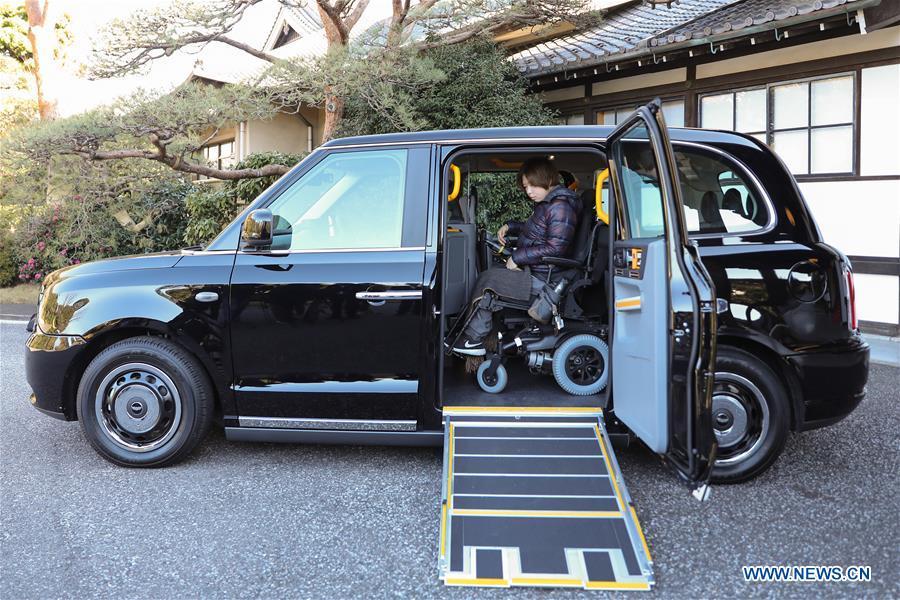 The front passenger seat of the vehicle is used as luggage compartment, while the rear seat can accommodate up to five passengers. Meanwhile, its high accessibility are convenient for passengers using wheelchairs.

According to LEVC, equipped with wifi and charging port, the vehicle can also be used in high-end business reception and welfare.

Japan has a large taxi market, said LEVC's chief executive officer Joerg Hoffman, adding that the company has set its sales target in the first year at 100 vehicles.

LEVC is an established automobile manufacturer with nearly 70 years of professional taxi production experience, which enjoys a high reputation in Europe. In 2013, it became a wholly-owned subsidiary of the Geely group.