A research report on comparative studies of the Tokyo, New York and San Francisco bay areas and China's Guangdong-Hong Kong-Macao Greater Bay Area showed that the latter is becoming an emerging economic influence. 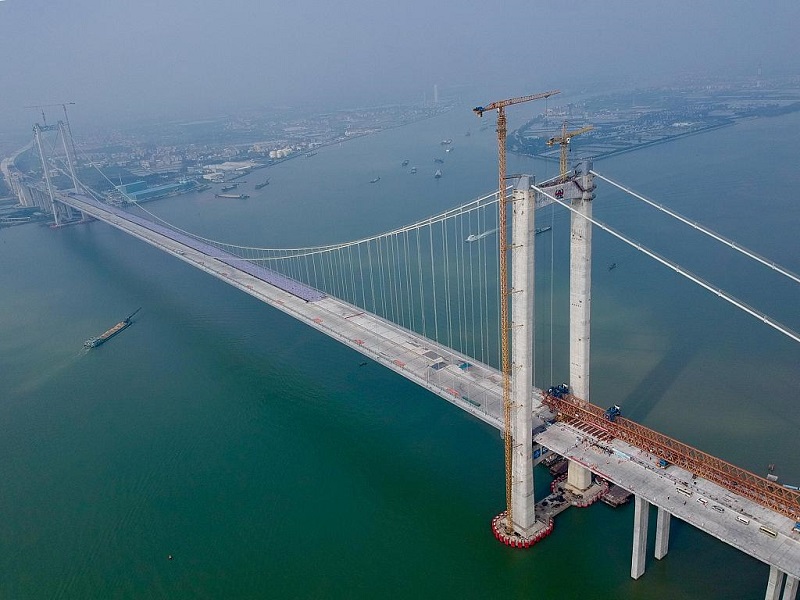 The Humen No. 2 Bridge, a passage to the Guangdong-Hong Kong-Macao Greater Bay area. (File photos: VCG)

The report, compiled by the Chinese Academy of Social Sciences (CASS) National Academy of Economic Strategy and the Institute for Sun Yat-sen Studies, looked at the bay areas from six dimensions – economy, culture, innovation, tourism, livability, and global image.

The Guangdong-Hong Kong-Macao hub is an updated version of previous regional development initiatives, such as the Pearl River Delta and the Pan-Pearl River Delta, and transcends regional divisions to highlight economic growth efficiency in the hub as a whole, according to experts.

The report said southern China's Greater Bay Area ranked third in terms of overall influence, after San Francisco and New York, and first in the economic influence category. However, it ranked lowest in livability, and third when it came to cultural and tourism factors.

The report called for further efforts to increase innovation and entrepreneurship at colleges and stimulate the growth of SMEs in the greater bay area. The area also needs to improve public service infrastructure, protect the environment and increase cultural attractions.