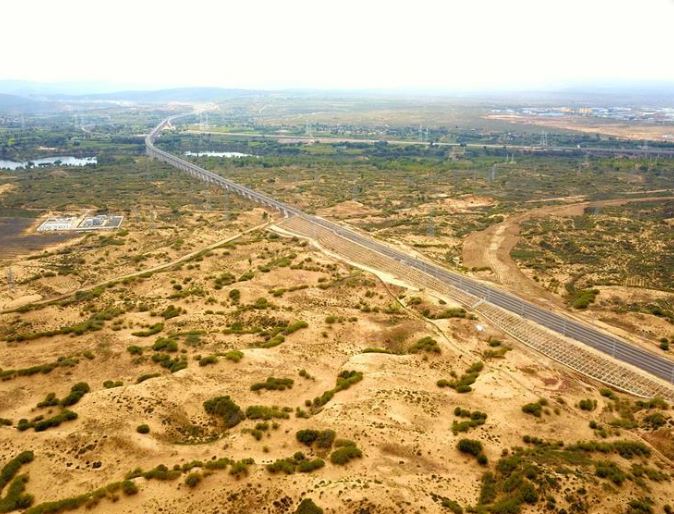 As one of the world's longest heavy-load railways, the Haoji Railway starts from Haolebaoji in the city of Ordos in northern China's Inner Mongolia Autonomous Region and ends in Ji'an City, in eastern China's Jiangxi Province, spanning seven provinces including Shaanxi, Henan and Hubei.

In its initial stage, the railway will have 77 stations and allow trains to travel at 120 km per hour. It is expected to transport 200 million tonnes of coal from northern China to central regions each year.

Besides its huge transportation capability, the Haoji Railway also sets an example for environmental and ecological protection. Constructors planted protection forests in the railway's section of the Maowusu Desert, China's eighth-largest desert, not only to protect it from being buried by sand but to fight desertification.

When building a bridge on the Yellow River in the railway construction, constructors painted its main body blue to avoid irritating swans in nearby habitats.

The number of swans flying to nearby habitats for the winter has increased during the four years of construction, according to the local bird management department.

"Since the railway spans the Maowusu Desert, wetlands along the Yellow River and other regions with fragile ecology, ecological protection first has always been the principle of all construction teams," said Li Yongjin, head of the railway project of China railway design group company.

The railway can promote resources development in western China, guarantee the energy supply in central China and help curb pollution by reducing coal transportation via highway, according to the group.