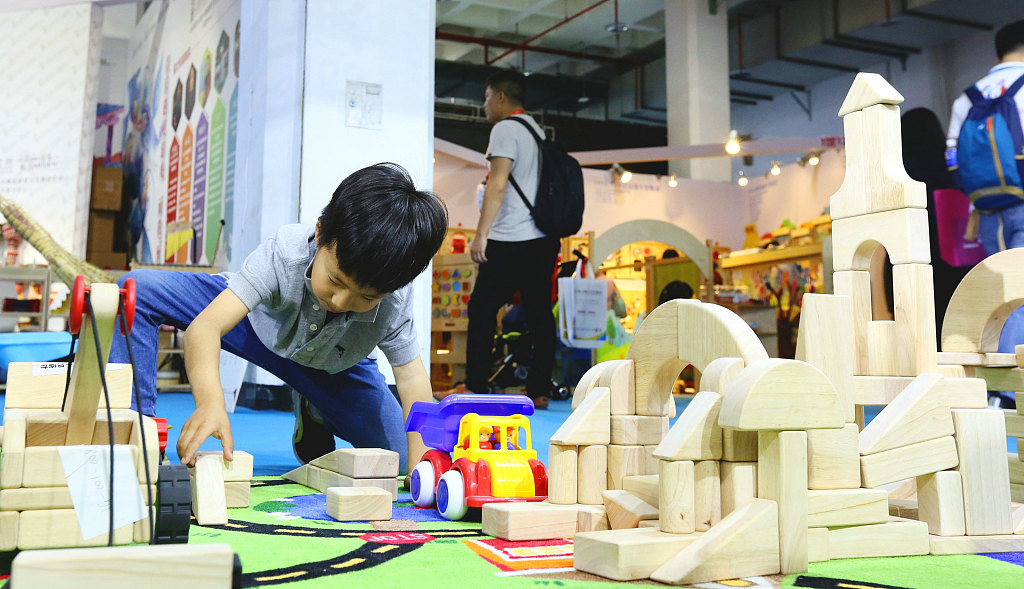 The toy market in China is growing and has caught the attention of foreign enterprises in recent years.

In 2018, domestic toy sales hit over 70 billion yuan, up 9 percent on the previous year, while imports of traditional toys were worth about 649 million dollars, a year-on-year increase of 15.9 percent, according to China Toy and Juvenile Products Association.

"Since we entered the Chinese market in 2006, we've built more than 180 stores. In the next three to four years, we're expected to have opened 400 stores," Zhuge Min, managing director of Toys "R" Us in China, a multinational toy company, said in a recent interview.

The toy giant Lego is also optimistic about China's toy market. A senior manager in the corporation said the company's sales in China had increased rapidly in the last four years. Right now, there are 78 retail stores in China. That number will rise to 140 by the end of 2019.

In the future, Lego plans to expand its business by selling more products to rural children who find it harder to access toys compared to their urban counterparts.

The market potential is an opportunity as much as a challenge, which requires foreign brands to take measures to adapt to the ever-changing toy market.

Toys "R" Us cooperates with online platforms such as Tmall to promote online sales while Lego infuses traditional Chinese elements into the products to remain competitive in the toy market.

To meet the increasing demand for educational toys, the Chinese company Fosun Group has teamed up with Barbie doll maker Mattel to set up a network of "learn and play clubs" for children and families.

The toy market still has enormous potential with the increase of family income and the nation's new two-child policy.