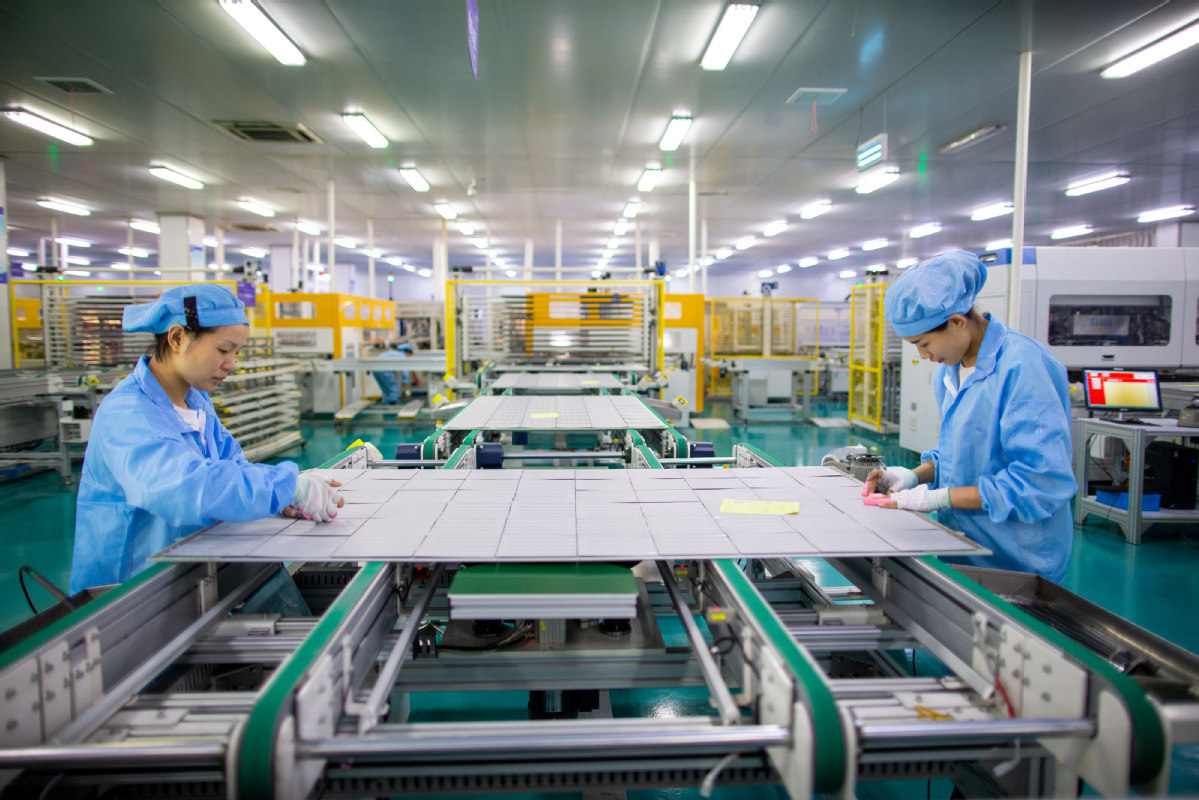 The country's total installed power-generating capacity is expected to reach 2.37 billion kW by the end of this year, up 7.7 percent on a yearly basis, with coal's share in energy consumption to further shrink this year. The installed capacity of coal power generators stood at 1,080 gigawatts last year and represented a 49.1 percent share of the country's total energy consumption.

The target of 1.12 billion kW of nonfossil fuel installed capacity by the end of 2021, according to Argus Analytics, will lead to carbon-free generation from nuclear, hydro, wind and solar rising by around 10 percent.

Analysts believe the country's commitment to curb coal consumption and coal-fired power projects sends a strong signal that China is determined to reduce its reliance upon coal as a dominant source of energy.

Coal power, once the dominant force within the country's energy mix, is expected to give up its throne and become part of a more balanced power structure in the future, with the number of hours and percentage of coal power generation gradually decreasing, said Wei Hanyang, a power market analyst at Bloomberg New Energy.

Coal power will play the role of supporting renewable energy to make sure that cleaner fuels play a key role in the country's energy mix, Wei said.

He added that inefficient coal power plants may be forced out of the market in a shorter time frame than expected, and the process of transition toward the 2030 carbon peak goal will also place downward pressure on coal from power market prices due to intermittent renewables that will increasingly dominate the system.

Zou Ji, president of Energy Foundation China, said coal consumption is likely to peak during the 14th Five-Year Plan period, and the country's pledge is a very important signal for weighing investment in coal and coal-fired power plants.

The pledge puts an end to the long argument over whether it's still necessary to invest in such projects, he said.

China is also planning to reduce the share of coal in its overall energy mix to less than 56 percent this year, according to a guideline recently released by the National Energy Administration, the country's top energy planner, compared with 56.8 percent in 2020 and 57.7 percent in 2019. It also aims to boost the installed capacity of nonfossil power generators, including hydro, wind, solar, biomass and nuclear, to reach 1,100 GW this year to help in the transition toward the 2030 carbon peak goal.

With the carbon emissions peak and neutrality targets set, green and low-carbon transformation trends in the power industry are gaining momentum. However, the council also recognized that coalfired power remains a major energy source in China, and called for a stable supply of the commodity in safeguarding the stable supply of electricity.

While the installed capacity of coal for the first time was lower than 50 percent last year, coal power generation is still the major force of the country's energy supply, said the council.

Coal power generation, currently accounting for around 64 percent of the country's gross generation, plays a key role in ensuring secure and steady power supply in the country, it said.

The National Development and Reform Commission has also called for greater emphasis on increasing renewable energy output to reduce reliance on coal, but it also suggested more financial aid for coal producers and coal-fired power plants to alleviate immediate needs, which is believed to indicate that coal-based electricity will remain key in the country's energy mix for the foreseeable future.

S&P Global Platts Analytics believes China is expected to meet its target of reducing annual energy intensity by 3 percent this year, considering the country's total energy consumption is set to increase by up to 4.8 percent year-on-year and GDP by 8 percent this year.

Wang Guofa, an academician from the Chinese Academy of Engineering, said while the government's ambition toward carbon neutrality illustrates the country's determination to embrace a low-carbon path, coal is still the bedrock of energy security in the country and a stabilizer to support energy transition.

China is still in the midst of industrialization, and it's necessary to increase the share of nonfossil fuels while developing clean, efficient and low-carbon utilization of fossil energy through shutting down outdated production facilities and increasing advanced production capacity, Wang said.

The ambition of carbon peak and carbon neutrality is not about totally weaning the system from coal, but to transform coal production and utilization methods, Wang added.

According to Wang, through process upgrades and optimization, companies can substantially reduce coal use and carbon emissions and reduce 3 to 5 percent of carbon emissions with better quality coal and better utilization rates.

Reducing total coal consumption through raising the carbon utilization rate is itself carbon reduction, which is more economical than carbon capture and sequestration, he said.

Coal must play the role of a stabilizer in the country's energy transition and together with renewable energy help the country shift toward a green future, he added.