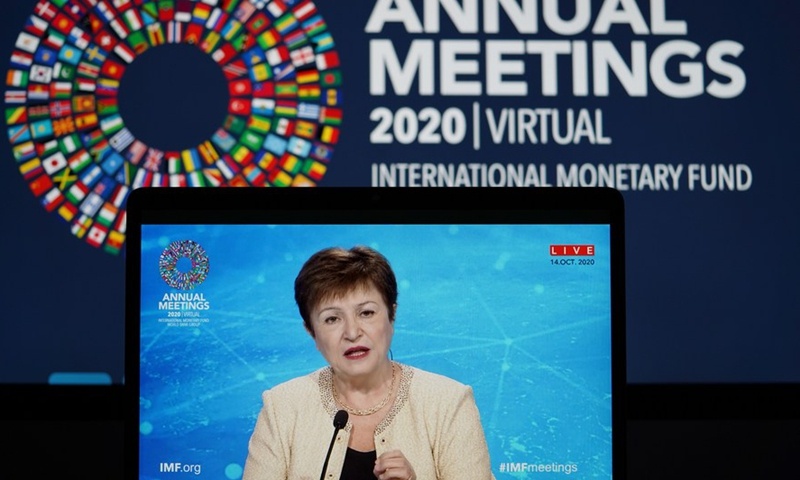 International Monetary Fund (IMF) Managing Director Kristalina Georgieva speaks during a virtual news conference for the annual meeting of the World Bank Group and the IMF in Washington, D.C., the United States, on Oct. 14, 2020. (Photo: Xinhua)

China's growth amid the COVID-19 pandemic is a positive impulse for the world economy and could especially benefit commodity exporters and countries that are connected to the Chinese economy through global value chains, International Monetary Fund (IMF) Managing Director Kristalina Georgieva said Thursday.

The IMF's latest forecast for China's economy is based on the country's "decisive" measures to contain the pandemic and its "potent stimulus" for its economy, Georgieva said at a virtual press conference during the annual meetings of the World Bank Group and the IMF.

"When we look at the more disaggregated data, the manufacturing sector is doing better, whereas the services, especially contact services, are still more constraint," said the IMF chief. 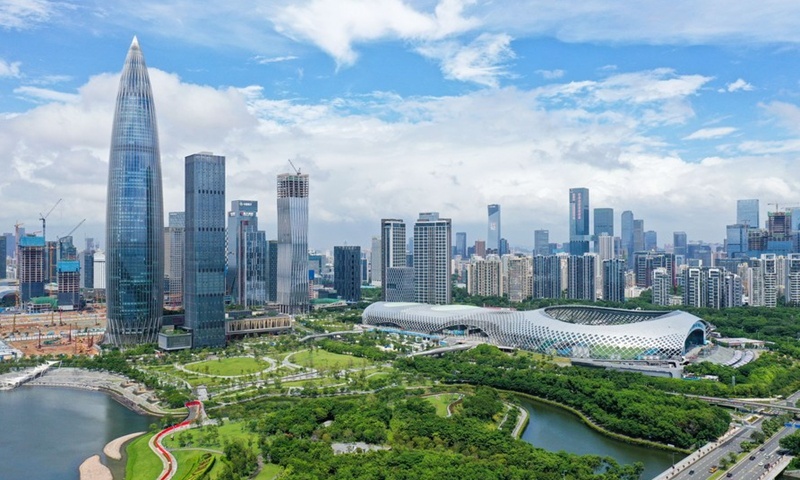 Despite that, China's growth is "a positive impulse for the world economy," Georgieva said, noting that it is particularly important for countries that export metals and other commodities, as demand from China has been "a much needed relief," with commodity prices now going up.

China's growth is also important for countries that are connected to the Chinese economy through global value chains, as demand from China is an engine for growth there, she noted.

Additionally, China has joined the international efforts to develop vaccines, which is building global confidence to overcome the pandemic. "I cannot stress enough how important it is that boost the confidence that we together can get out of this crisis," said the IMF chief.

In an interview with Xinhua earlier this week, IMF Chief Economist Gita Gopinath said "the importance of multilateralism has never been greater."