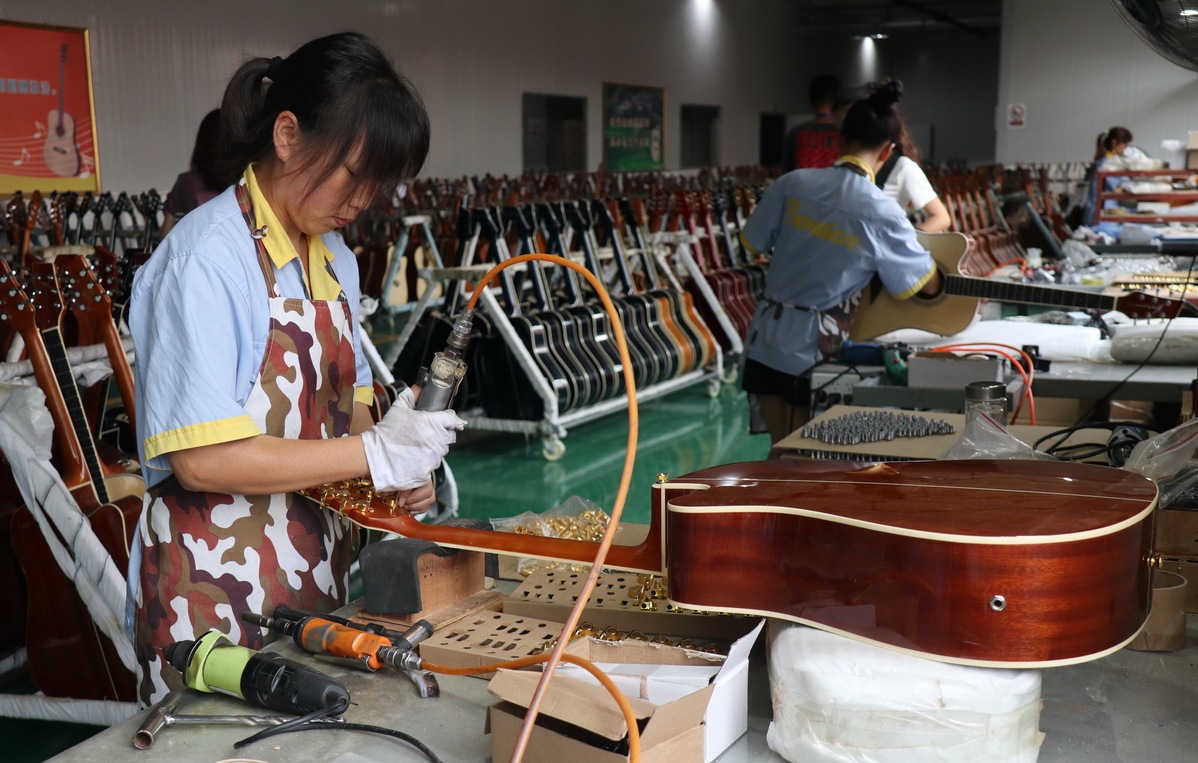 Zheng'an, a county in Zunyi city, is dubbed China's guitar manufacturing center. In 2020, 6 million guitars produced here were sold across the world.

The county has an industrial guitar park covering over 26 hectares and factory buildings of 400,000 square meters. It's the largest guitar manufacturing base in the world.

In addition to churning out guitars for world-famous brands, Guizhou has also created more than 50 home-grown brands, with products sold in over 40 countries and regions, including the United States, Germany, and France.