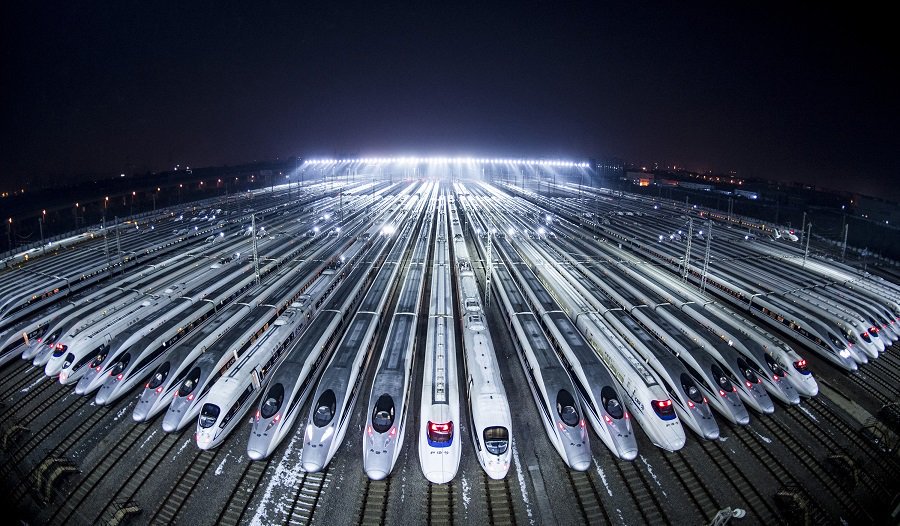 China won't have problems meeting its GDP growth target of 6-6.5 percent for 2019, according to analysts, who cited positive factors in the second half of this year such as rebounding investment and burgeoning consumption.

The economy will "operate steadily" in the second half with full-year GDP growth "falling in target range," economists from the financial research center of the Bank of Communications forecast in a report released Thursday.

The GDP growth target was set in the 2019 Government Work Report. In the first quarter, China achieved GDP growth of 6.4 percent.

The Bank of Communications financial research center forecast full-year GDP growth at about 6.3 percent, floating up or down depending on the progress of China-US trade talks. If the talks yield positive results in the third quarter, 2019 GDP growth would be 6.4 percent, the report noted.

Xi Junyang, a professor at the Shanghai University of Finance and Economics, forecast China's 2019 GDP growth rate at about 6.4-6.5 percent. He particularly cited the driving force of easier fiscal policy on economic growth.

"The effects of China's massive tax and fee cuts, which are likely to be expanded, will have an impact in the second half of this year in areas such as consumption and investment," he told the Global Times on Thursday.

The report also anticipated rebounding investment in the coming months. It said that China's infrastructure investment growth will rebound in the second half of this year, with full-year growth likely to reach 5 percent.

Manufacturing investment will also firm up with expected growth of around 4 percent in 2019, as effects from tax and fee cuts manifest and trade friction eases, the report noted. It also forecast strong domestic consumption in 2019, projecting the sector to grow by 8.5 percent year-on-year.

In terms of trade, the report forecast China's exports to fall by about 2 percent in 2019, while imports would fall by 3 percent.

Economists are cautiously optimistic about the prospects of China-US trade talks, as the negative effects of tariffs have caused worries in US society and among some policymakers.

US Federal Reserve Chairman Jerome Powell highlighted ongoing risks to the US economy from the Trump administration's trade war as he expressed worries over US economic prospects in a speech before the House Financial Services Committee on Wednesday. This speech was widely interpreted by overseas media as the prelude to a potential interest rate cut.

"It's a very strong hint," Wang Jun, deputy director of the Department of Information at the China Center for International Economic Exchanges, said. "The US Fed could make the actual move of cutting rates as early as this month," he told the Global Times.

According to Wang, the potential rate cut represents the US Fed's attempt to cope with potential economic pressure, as the country's economic growth shows signs of a slowdown.

Xi said that the negative impact of the trade war on the US economy has been "very obvious," as it has pushed up the prices of imported goods in the country and caused labor costs to rise along with inflation risks.

Experts noted that if the US Fed does cut rates, it should add pressure for the yuan to appreciate.

The yuan's central parity exchange rate against the US dollar edged up by 179 basis points to 6.8677 on Thursday, according to data from the People's Bank of China, the central bank.

As China-US trade friction eases, it should improve market expectations for the yuan, helping the currency stabilize against the greenback, according to the research report.

Xi also said that China's central bank is unlikely to take a similar move of cutting interest rates as it would aggravate inflation pressure.