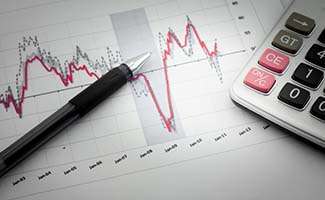 China’s Hexindai Inc (HX.O), which debuted on Nasdaq on Friday, said it was betting on stringent credit risk practices to help drive growth, at a time of increased regulatory scrutiny of an opaque online-lending sector at home.

Founded in 2014 by 35 year-old An Xiaobo, Hexindai is among a slew of online finance firms seeking to profit from China’s booming and loosely regulated consumer-lending industry - a market that is expected to grow at a compound annual rate of 49 percent to $620 billion by 2020, consultancy Oliver Wyman says.

But this unfettered growth of the micro-credit industry, or the so-called “pay-day” loan sector, has spurred concerns that unscrupulous operators may charge millions of borrowers excessive interest rates, increasing default risks.

It has also fanned fears of a “Minsky Moment”, or a sudden collapse of asset prices after a long period of growth, sparked by debt or currency pressures.

“What we do is very different from pay day loan firms,” Hexindai CFO Johnson Zhang told Reuters. “They are lending to marginalized groups at very high interest rates and making the people unable to escape the growing debt burden.”

“We are targeting the emerging middle class - a group of people who have credit cards, stable jobs and stable monthly income, and helping them when they need to spend a large amount for consumption,” the CFO said ahead of the listing.

Also, apart from the company’s own risk control measures and assessment of creditworthiness of borrowers, Hexindai relies on Changan Insurance to provide cover to investors on the platform in case of any default - not a very common practice in the online-lending sector - the CFO said.

Hexindai has already said it plans to use proceeds from its U.S. IPO, which raised about $50 million, to upgrade its operating structure, including risk control, privacy protection and anti-fraud and billing systems.

Hexindai’s IPO comes amid steep falls in the shares of some of its local peers after their U.S. listing reflected concerns around China’s thinly-regulated Internet-enabled finance sector.

Qudian Inc (QD.N) shares plunged about 30 percent last week, just days after it raised $900 million in the biggest U.S. listing by a Chinese fintech firm. The stock is down 13.4 percent since listing on Oct 18 at the close on Thursday.