China's population of hogs registered a 13.1-percent year-on-year growth in July, a strong sign of production recovery after the African swine fever took its toll on the hog industry last year, the Ministry of Agriculture and Rural Affairs said on Monday. 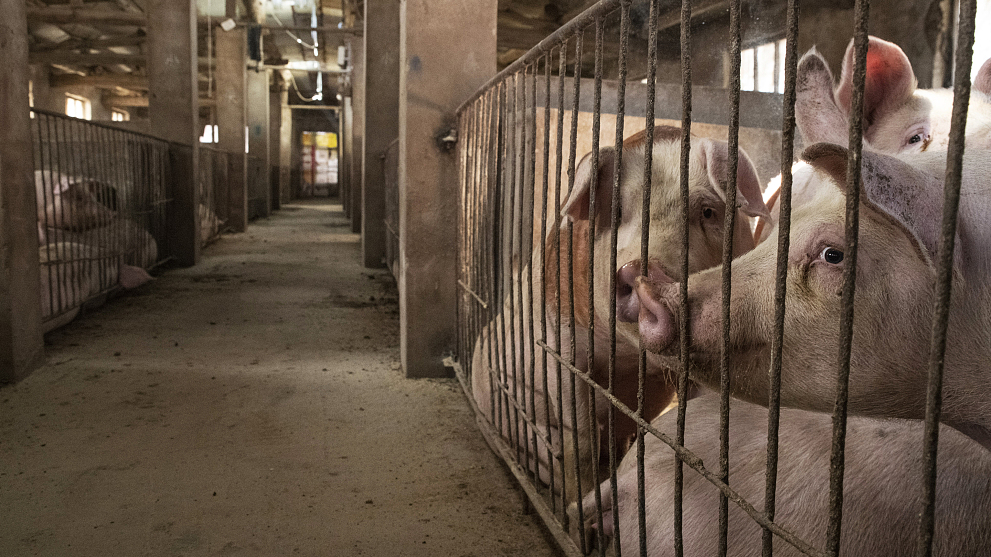 This marks the first year-on-year growth in the hog population since April 2018, according to the ministry. On a monthly basis, China's hog inventory increased for the sixth straight month last month, up by 4.8 percent over the June level.

In July, the number of breeding sows in stock surged by 20.3 percent year on year and 4 percent month on month. In the country's hog production powerhouses, such as the provinces of Jiangsu, Anhui, Guangdong, Hunan and Sichuan, hog populations increased by more than 5 percent compared to a month ago.

The ministry estimated that pork supply would stay tight in the third quarter, but the situation will ease in the fourth quarter due to increasing supply, and pork prices are unlikely to soar further.

Pork is a staple in the Chinese diet and accounts for more than 60 percent of all meat consumed in China.

Since the beginning of this year, the government has been taking several measures to boost market supply, including releasing frozen pork reserves and increasing imports.

48,000 tons of pork released from reserves in July

Due to increasing demand from the recovering catering industry and flood-incurred disruptions in production and transportation, prices of pork, a staple meat in China, went up by 10.3 percent last month from June.

Driven by the rising pork and vegetable prices, China's consumer price index, the main gauge of inflation, grew by 2.7 percent year on year last month, expanding from a 2.5-percent gain in June and a 2.4-percent rise in May, official data showed.

"The food price fluctuations in July were within normal ranges," NDRC spokesperson Meng Wei said at a press briefing.

Since the beginning of this year, the government has taken several measures to boost supply, including releasing frozen pork from reserves and increasing imports.