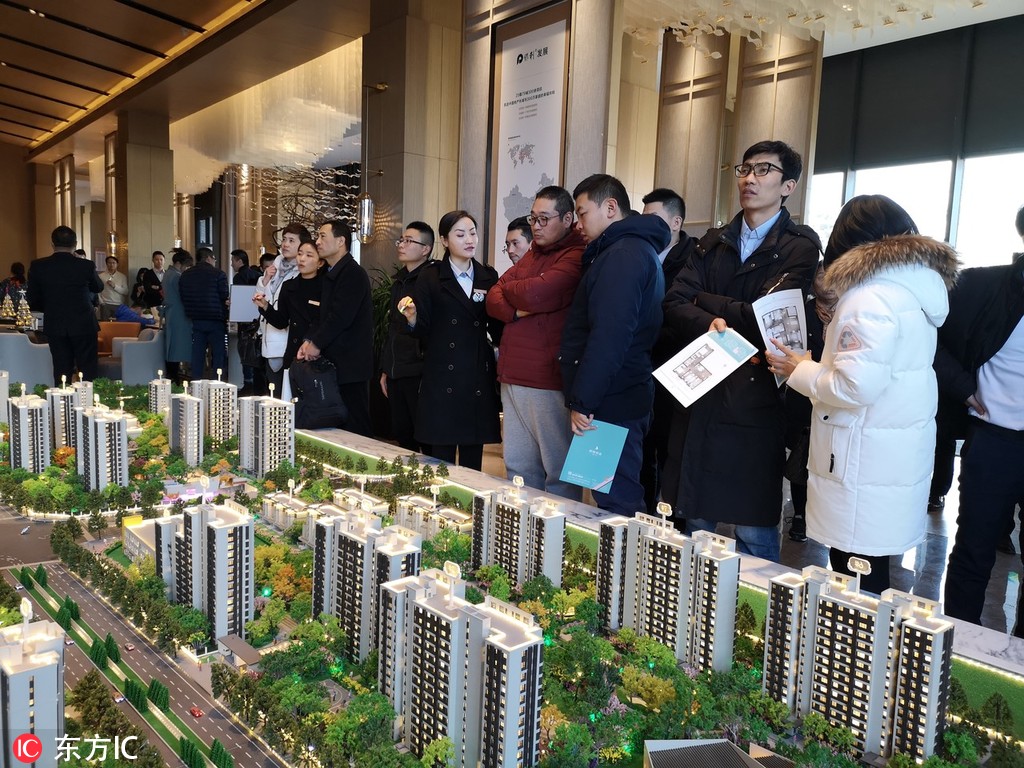 Potential homebuyers get information on the property market in Beijing on Dec 23, 2018. (Photo/IC)

New house prices in four first-tier cities -- Beijing, Shanghai, Shenzhen and Guangzhou -- increased 0.6 percent month-on-month in April, up from the 0.2-percent increase in March, said the National Bureau of Statistics in a statement.