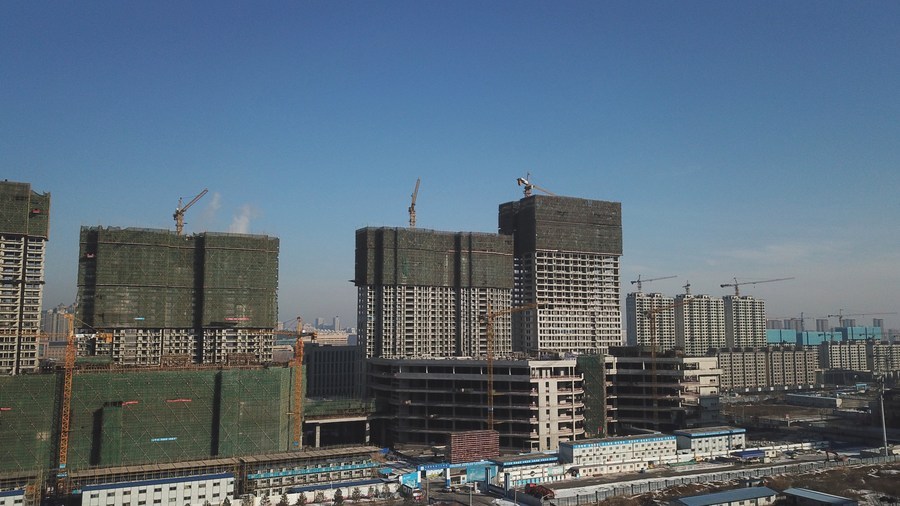 New home prices in four first-tier cities -- Beijing, Shanghai, Shenzhen and Guangzhou -- rose 0.4 percent month on month in July, according to data from the National Bureau of Statistics.

On a year-on-year basis, new home prices in first-tier cities rose 6 percent in July, down from the 6.1 percent growth in June, while those in second-tier and third-tier cities went up 4.7 percent and 3.3 percent, respectively.

China avoided applying a deluge of stimulus policies when strengthening its macroeconomic policy adjustment. The country has taken a slew of measures to tackle housing problems in big cities to implement the principle that housing is for living in, not for speculation.

China's housing authorities last month held regulatory talks with officials in Yinchuan, Xuzhou, Jinhua, Quanzhou and Huizhou, and urged them to stabilize their property markets as residential housing and land prices in these cities increased too rapidly over the first half of 2021.

Beijing has also upped its efforts to combat housing speculation related to school districts, a move that will have a significant influence on the housing market in the metropolis.

Loans to China's property sector saw slower expansion by the end of the second quarter, with outstanding property loans up 9.5 percent from last year to 50.78 trillion yuan (about 7.85 trillion U.S. dollars) as of the end of June.

Second-hand homes have taken a dominant place in the housing market in the first and second-tier cities, but price regulation in the sector has been lacking.

A new round of measures such as price management and control for second-hand homes were recently rolled out in several big cities, including Shenzhen.

The monthly growth pace of second-hand home prices has significantly slowed, according to a real estate analyst, noting that under regulations, the price index for old homes will cool significantly in the future.