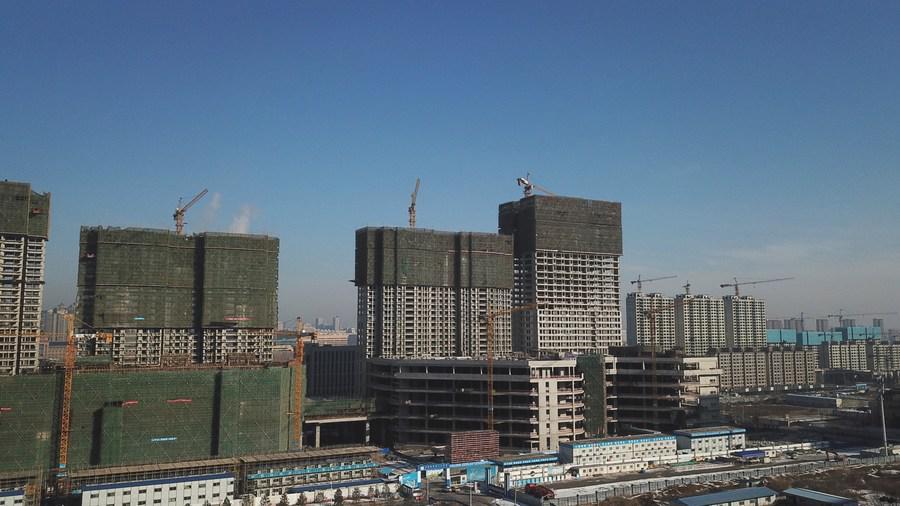 New home prices in four first-tier cities -- Beijing, Shanghai, Shenzhen and Guangzhou -- rose 0.7 percent month on month in June, according to data from the National Bureau of Statistics.

The growth rate was flat with the expansion seen in May. Prices of second-hand homes in the four cities gained 0.7 percent last month, up 0.1 percentage points from the growth in May.

On a year-on-year basis, new home prices in first-tier cities rose 6.1 percent in June, up from 6-percent growth in May, while those in second-tier and third-tier cities went up 4.8 percent and 3.7 percent, respectively.

Under the principle that housing is for living in, not for speculation, real estate control measures across China are gradually evolving to tackle housing problems in big cities.

Since last year, first-tier cities in China that had been under pressure to curb speculative demand have rolled out a slew of measures to regulate and control the property market multiple times.

In February this year, Shenzhen announced transaction reference prices for resale homes in the city, which are generally lower than the market prices. Many banks extend mortgage loans in line with the reference prices in a bid to cool down the market.

The city has also taken measures to prevent the illegal flow of consumer loans and business loans into the real estate market to clamp down on excessive market speculation.

The moves had a direct impact on the market, with transactions of second-hand homes in Shenzhen falling below 5,000 for three consecutive months in the first half of 2021. In June alone, the city reported some 2,575 home transfers, down 15 percent month on month and 76 percent year on year.

In Beijing, regulators vowed to intensify the crackdown on misappropriating loans for housing purchases, and Guangzhou had introduced several policies including mortgage rate increases for residents' first and second houses to curb speculative demand.

Due to the restrictions, China's property loans increased at a slower pace in June, official data showed.

As of the end of June, loans to the property sector expanded by 10.3 percent year on year, lower than that of total loans, according to data from the China Banking and Insurance Regulatory Commission.

As the Shenzhen practice of adopting transaction reference prices for resale homes had proved effective in curbing price rises, the policy may be replicated in more large and medium-sized cities across the country, according to the latest research note by Citic Securities.