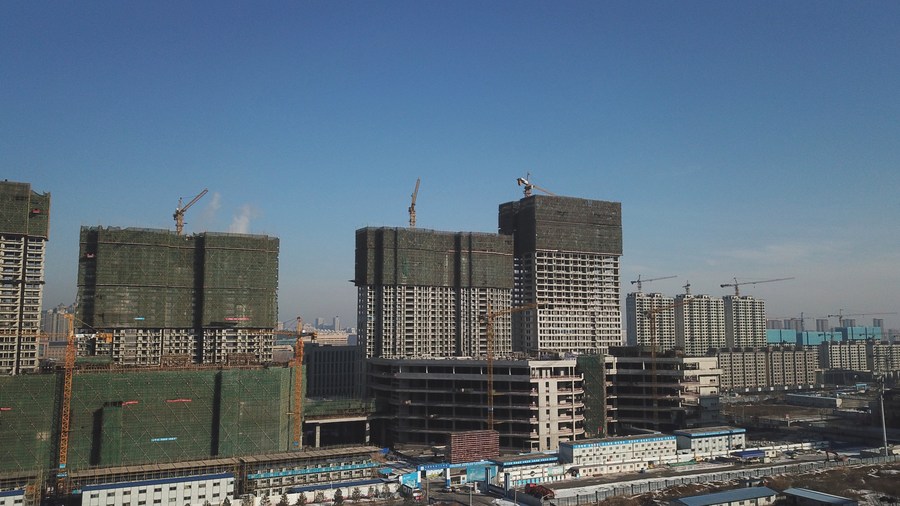 New home prices in four first-tier cities stood unchanged in September from a month earlier, compared with month-on-month growth of 0.3 percent in August, data from the National Bureau of Statistics (NBS) showed.

Prices of second-hand homes in the four cities edged down 0.4 percent last month from that in August, reversing the mild month-on-month increase seen in August.

The latest data came amid the country's strict housing sector regulations, which follow the principle -- "housing is for living in, not for speculation."

Since the beginning of this year, China has implemented a "long-term mechanism" governing the property sector, curbing housing acquisitions by speculators while supporting purchases by families with pressing needs, said NBS spokesperson Fu Linghui.

Wednesday's data showed that China's over-five-year loan prime rate, a market-based benchmark lending rate on which many lenders base their mortgage rates, remained unchanged from the previous reading of 4.65 percent, said the National Interbank Funding Center.

The latest NBS data showed that the country's property investment rose 8.8 percent, year on year, in the first nine months, slower than the 10.9-percent growth seen in the first eight months.

While some worry that tight property market regulations could weigh on the overall economic growth, Fu said that the impact is "limited", as the average growth rate of real estate sector output for the past two years dipped only mildly in the first three quarters.

In a September meeting on real estate sector finance, the country's central bank and the top banking regulator reiterated that "housing should never be used as a short-term stimulus for economic growth."