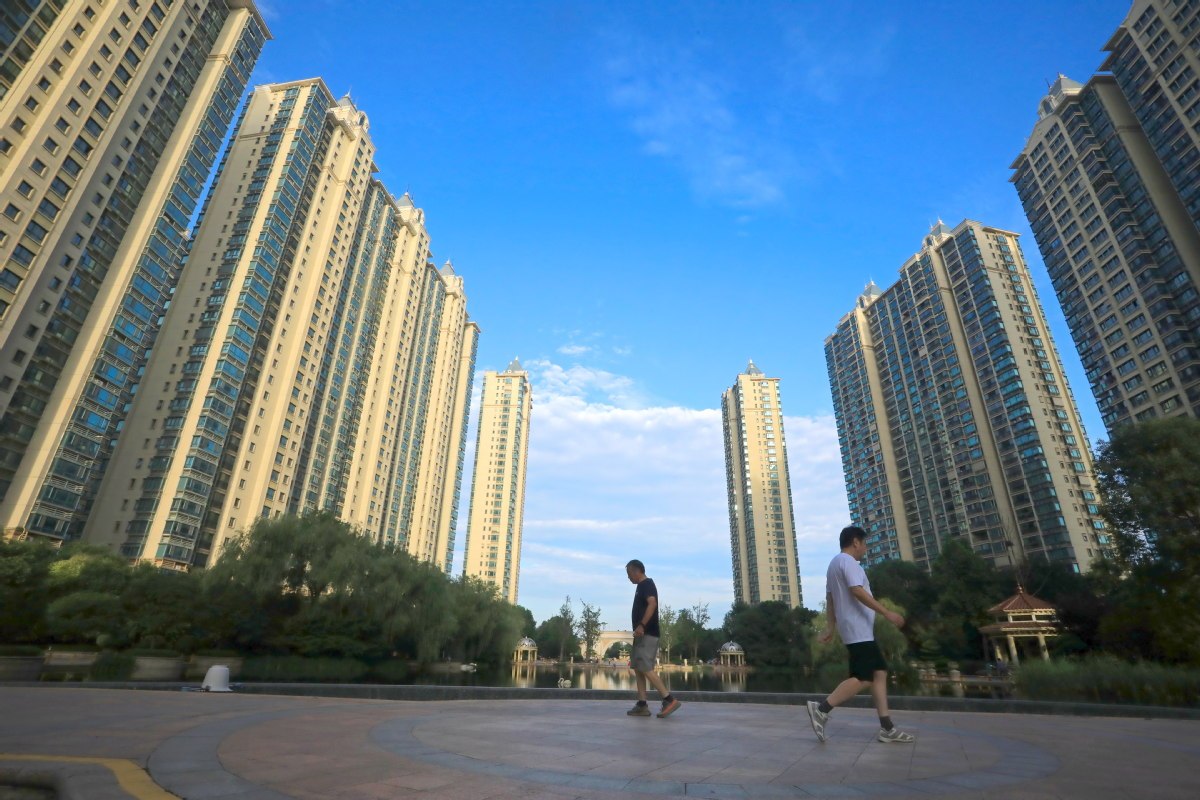 Pedestrians pass by a residential community developed by Evergrande in Huaian, Jiangsu province, in August. (Photo provided to China Daily)

New home prices in four first-tier cities -- Beijing, Shanghai, Guangzhou and Shenzhen -- rose by 0.6 percent month on month in August, up 0.1 percentage points from a month earlier, according to data from the National Bureau of Statistics.