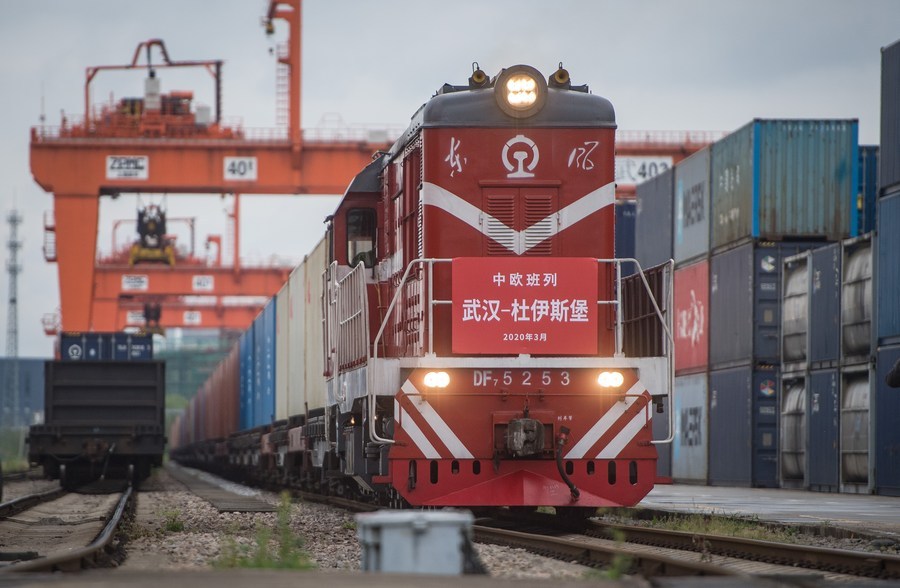 WUHAN - Central China's Hubei province saw robust growth in foreign trade during the first quarter of 2021, as the province consolidated its recovery from setbacks caused by the COVID-19 outbreak last year, according to the local customs authority.

The total import and export value reached 117.46 billion yuan (about $18.1 billion) in the first quarter, up 88.1 percent year on year, data from Wuhan Customs showed.

The provincial capital of Wuhan, once hardest hit by COVID-19, saw its foreign trade reach 76.23 billion yuan, accounting for 64.9 percent of the provincial total.

The trade conducted by private enterprises totaled 64.74 billion yuan, up 134.9 percent year on year, accounting for 55.1 percent of the province's total import and export value.

The foreign trade volume between Hubei and the countries along the Belt and Road continued to increase, reaching 29.01 billion yuan, up by 91.6 percent. Meanwhile, the figure for Hubei's imports and exports with members of the Regional Comprehensive Economic Partnership rose to 35.51 billion yuan, up 70.3 percent.

The growth of imports was boosted mostly by mechanical and electronic products, which accounted for 64.1 percent of the whole.