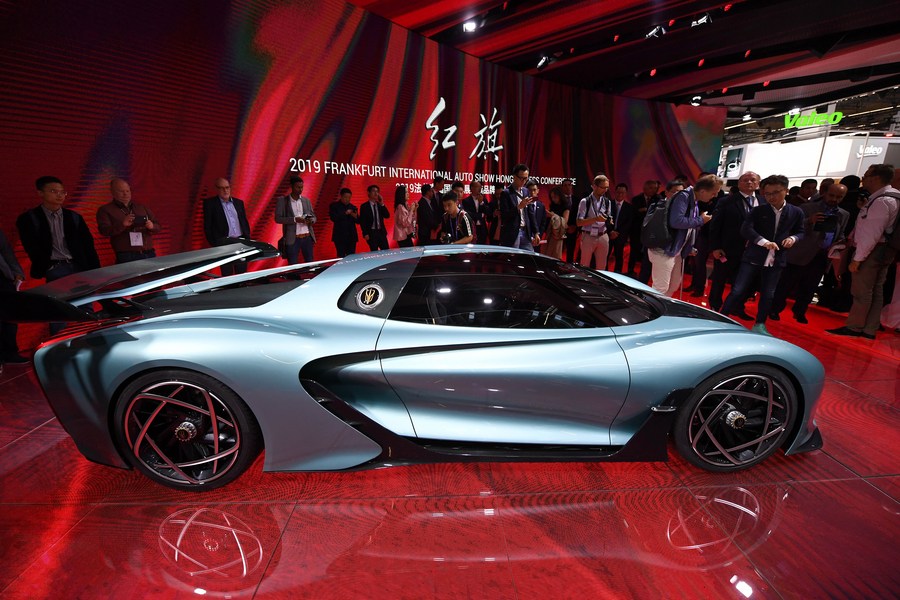 A FAW-Hongqi S9 concept car is on display during the first press day of Germany's International Motor Show (IAA) 2019 in Frankfurt, Germany, on Sept. 10, 2019. (Xinhua/Lu Yang)

A total of 118,000 Hongqi-branded vehicles were sold from January to May, up 116 percent year on year, according to FAW Group.

The group plans to double its 2020 sales of Hongqi vehicles to 400,000 units this year. The brand has rolled out multiple high-end models as well as new-energy vehicles.

Hongqi, meaning "red flag," is China's iconic sedan brand. Established in 1958, the brand has been used in parades for national celebrations.

Founded in 1953 in the northeastern city of Changchun, capital of Jilin Province, FAW Group is regarded as the cradle of China's auto industry.