Chinese imports of soybeans will be guaranteed in quantity this year with steady market operations, meanwhile the area sown to soybean in China is expected to be expanded in 2019, said an agricultural ministry official on Wednesday. 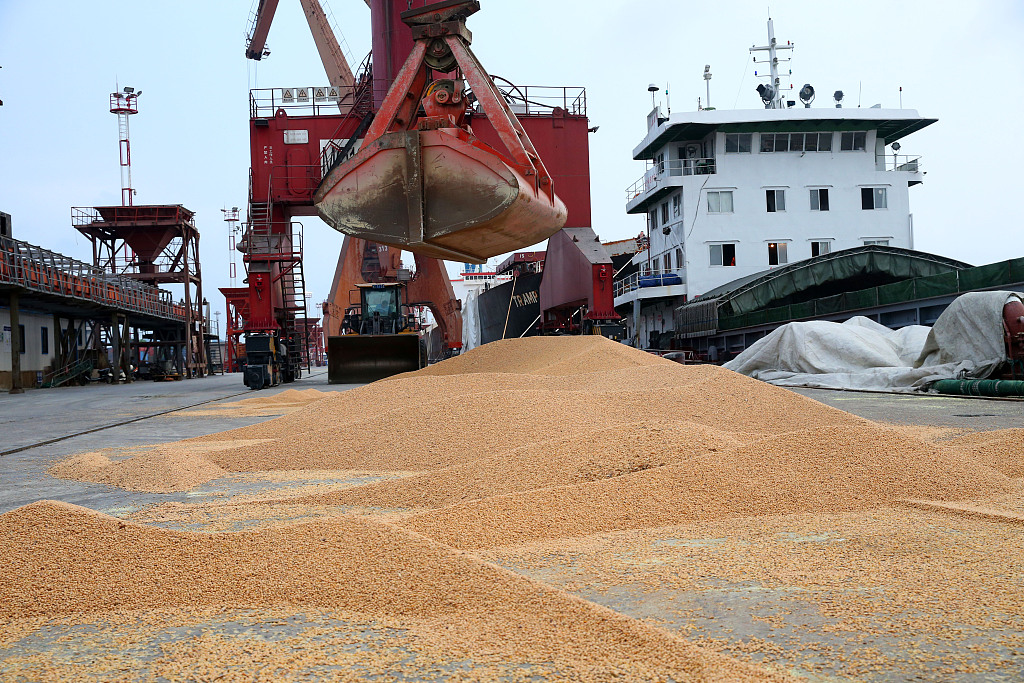 Tang Ke, director of the department of market and economic information of China's Ministry of Agriculture and Rural Affairs, told a press conference on Wednesday that the total supply of soybeans, a crop highly reliant on imports, will be guaranteed and the domestic market is expected to grow steadily this year.

At present, soybean planting is steadily increasing in South America, in the new agricultural year. Argentina is expected to harvest an increase of around 17 million tons of soybeans compared with last year, while the US soybean inventory has also increased, Tang noted.

But there are possible risks of large fluctuations of global soybean prices caused by market speculation, before the South American soybeans are ready to hit the market in March, which cannot be excluded, the official added.

Meanwhile, with the support for domestically grown soybeans reinforced, the nation's self-sufficiency of soybeans will be steadily improved, the prices of which could be more closely connected to the prices of the imported soybeans.

"China's northeastern region will enter the key phase of spring plough and seed preparation, to which we'll pay close attention to," Tang said.

In 2018, China's soybean imports declined 7.9 percent year-on-year to 88.03 million tons, data from the General Administration of Customs showed on Monday. The drop, which was the first annual drop since 2011, comes after China ramped up efforts in 2018 to diversify sources of soybean imports to countries such as Brazil and Argentina.